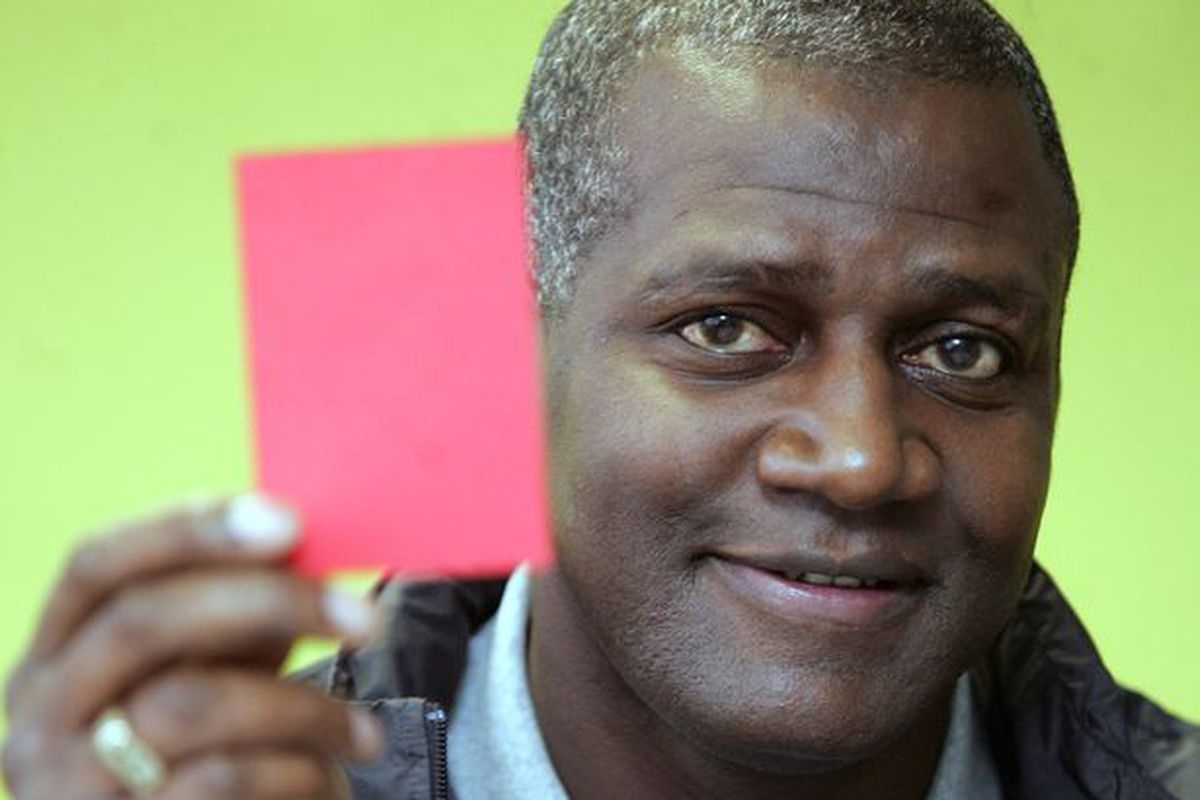 Prior to the game RCA players and management joined the Northeast coastal branch of the CWU in starting their campaign to “Show Racism the Red Card” they were joined by Ex-Sunderland AFC players Gary Bennett and Gordon Armstrong.

On the pitch the RCA management team were left with little option but to give a debut to Paul Griffith as both Robbie Dean (self-isolating) and Matty Atkinson (recalled to Marske United) were unavailable. Callaghan Davison and Fairley replaced Allen, O’Neill and Watts.

Neither team started particularly well in this FA Vase match. In the first 20 minutes neither goalkeeper was called upon to make a save.

The only thing of note was a wicked cross from Leonard which Newbrook saved before it reached Davison.

Callen gave RCA the lead in the 27th minute when, unmarked inside the six yard box, he stabbed home Fairley’s corner.

The game livened up a little with RCA pressing for a second, a shot from Fairley was comfortable saved by Newbrook and the keeper was forced into action a few minutes later when diving at full stretch to prevent a low driven shot from Davison from creeping in at the far post.

Shildon only response in a poor first half was when Heywood made a good run forward before slipping the ball to Liddle who curled his effort from the edge of the box wide.

The visitors started a little better at the start of the second half although the first real opportunity of the half fell to RCA when Leonard broke the offside trap to race in on goal, he managed to get his shot away under pressure from Newbrook but the ball slipped the wrong side of the far post.

RCA increased the home sides lead in the 52nd minute when Callaghan dispossessed Vaulks on the edge of the box before coolly side-footing the ball into the corner of the net.

2-0 and coasting, the home side, which had been under very little real pressure all game, should have been able to see this match out.

Shildon had other ideas and when Posthill picked up a quickly taken freekick he drove to the byline before pulling the ball back into the path of Liddle, who smashed the ball into the roof of the net from the edge of the box.

The visitors were almost level five minutes later when a Posthill cross was met by Thexton at the back post but his header was turned round the post by Griffith.

RCA were under real pressure for the first time in the game and looked to have lost their composure.

Unable to clear their lines effectively RCA finally succumbed to the visitors’ pressure in the 69th minute when a poor clearance fell to Thexton who laid the ball off to Palmer on the edge of the box and under no pressure he lobbed a weak effort forward and it was somehow completely missed by Griffith and bounced into the corner of the goal.

RCA’s woes did not end there as Shildon were awarded a penalty in the 78th minute when Liddle was brought by Leonard, a little harsh as it looked like a strong block rather than a foul. However, Thexton stepped up and made no mistake sending Griffith the wrong way.

Once again RCA showed their defensive frailties in this match playing three at the back with only two recognised centre backs is a recipe for disaster. Sending both your central defenders up for corners when 2 – 0 up is not required, let defenders defend and attackers take responsibility in the opposing penalty area. Our forwards are producing the goods in front of goal we have scored seven goals in our last three games. Unfortunately we have conceded 10 I think this tells the story.