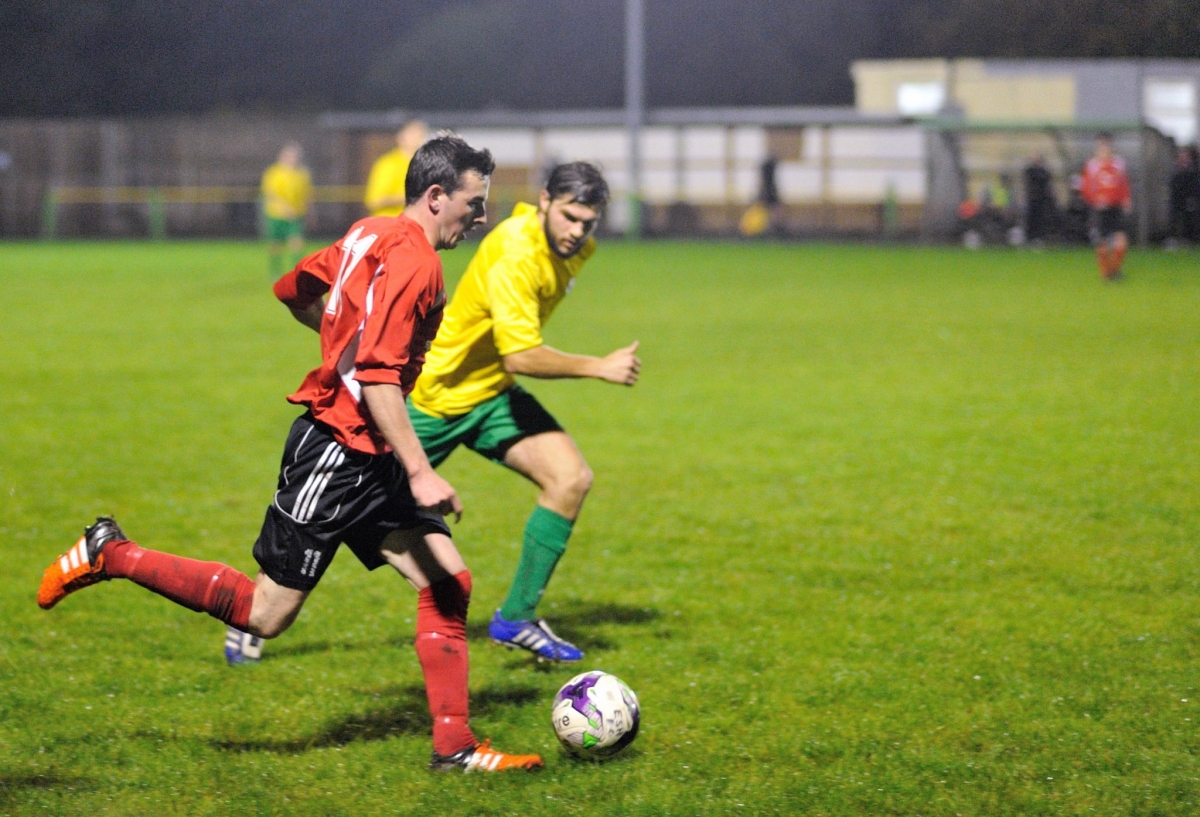 Team selection for the League Cup match against Esh Winning fell to Assistant Manager Steven Stewart and he chose a blend of youth and experience whilst also pitching in some players who were returning from injury, he gave a debut to Jordan Cook while returning to the fold were Adam McGuinness and Brad Forster. There were welcome returns from injury for Kevin Gordon and Stephen Callen while both James Armstrong and Kieran Graham took their respective places on the bench. The team was: Harkess, Richardson, McGuinness, Preston, Forster, Hodgson(c) Gordon, Cook, Callen, J Butler, Martin: Subs: Stewart, Guthrie, T Butler, J Armstrong, Graham.

There was an explosive start to the match with RCA taking the lead inside the opening two minutes. A back pass to Smiles was chased down by Callen and when the ball struck the striker it fell kindly enough for him to strike into an empty net.

RCA doubled their lead two minutes later when they were awarded a corner. McGuinness took the kick which was headed on by Preston and palmed away by Smiles; unfortunately for the home keeper it fell straight to Forster who volleyed it into the roof of the net.

Unperturbed by this early setback the youngsters of Esh started to play some good football and in the tenth minute they had their first strike at goal when a through ball from Stoker was picked up by Langton, but the striker dragged his shot wide.

With the advantage of the slope and a 2 - 0 lead RCA were playing with more freedom and in the 14th minute they extended their lead when Callen played in Gordon on the right wing, his cross looked to find J Butler inside the six yard area but he completely missed the ball and it went straight to Martin at the back post and he slammed the ball home to make it 3 - 0.

The visitors were rampant at this point and it so easily could have been 4 - 0 when a good move saw Hodgson feed the ball to Callen who played it into the Penalty area where J Butler was first to the ball, rounded the keeper before dragging the ball back but his shot was blocked by Stoker.

However, they did not have to wait to long to increase their lead when they were awarded a free kick on the left after Martin was fouled, McGuiness took the kick and Preston rose above everyone to crash a header against the crossbar, Forster was quickest to react poncing on the loose ball and firing into the roof of the net.

The yongsters of Esh were clearly shaken by this onslaught, but to their credit they rolled their sleeves up and began to stop the attacking threat posed by the visitors and even created a good chance when Langton picked up a through ball from Atkinson and played the ball out to Smith who from a tight angle fired into the side netting.

As half time approached RCA were awarded another corner this time Callen sent in a low cross which was met by J Butler but he fired the ball over the crossbar.

As a precaution Gordon replaced Callen in the 38th minute as the RCA striker felt his hamstring tighten.

In the 44th minute Esh were rewarded for their hard work with a bit of a gift goal, a long range effort by Atkinson looked to be easily saved by Harkess, however he fumbled the ball straight into the path of Hird who didn't need a second chance blasting the ball home from a couple of feet.

It was almost 4 - 2 a minute later when a cross into the box was headed away by Forster, the ball fell to Atkinson 35 yards out and the midfielder controlled the ball before firing in a terrific shot which Harkess did brilliantly well to palm over the bar.

The second half got under way with the home team kicking down the slope and trying to force RCA to defend, however the visitors defence were in no mood to give away another goal and the only efforts that the home team could muster were long range efforts from Kerry and Boakes.

As the players started to tire so substitutions were made, The introduction of Armstrong into the centre of midfiled saw an almost instant reward when he played in J Butler, but his shot was saved by Smiles.

In the 66th minute RCA sealed their victory with a goal for J Butler, running onto a through ball he picked his spot before slotting the ball past Smiles and into the net.

The same player almost made it six when he beat the offside trap and broke into the box, but with Smiles and Brown in close attendance he could only poke the ball inches wide of the upright.

RCA continued to dominaste possession with Esh reduced to playing long balls forward which the RCA defence were coping with very easily and in the end RCA saw out the remaining 10 minutes comfortably.

A decent work out for the lads and great credit to the Esh youngsters who kept plugging away to the very end.

It was good to see Callen get 40 minutes, Gordon almost 80 minutes  and Armstrong and Graham coming on to great effect and looking sharp.

This is fingers crossed time, hopefully the injury crisis is behind us and we can start to concentrate on getting some points on the board.

Next up is a match against Newton Aycliffe which is usually a close, no pun intended, affair.