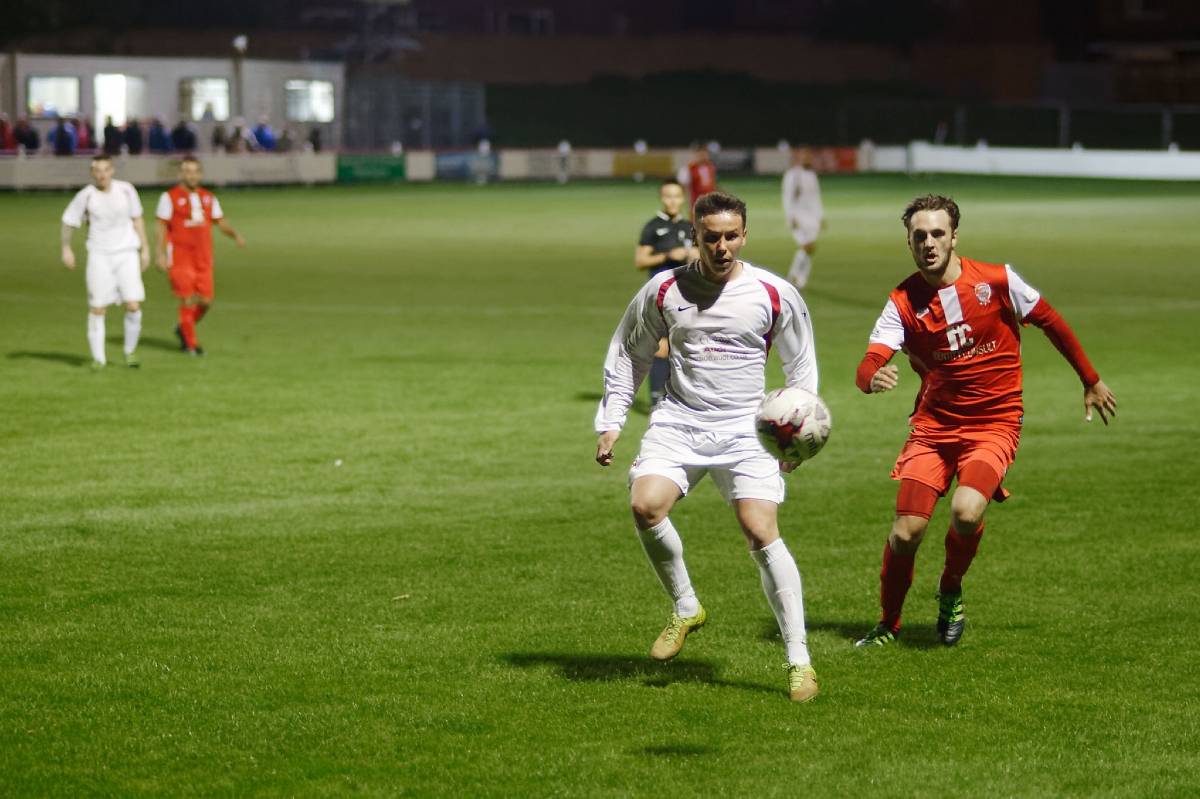 Reece Noble in action during the match against Shildon.

RCA started really well and went ahead. Hassan won the ball on the left and played a crossfield ball which evaded Robson and fell to Larkin who slotted the ball past Liversedge.

The ill discipline which has blighted the season so far for RCA supporters reared its ugly head again as McNab was judged to have fouled Ferguson on the edge of the box and was shown a very harsh straight red. That being said it was probably a yellow and the player had already been cautioned.

Within minutes a rash challenge from Gordon earned him a booking and from the free kick the ball was played to Dodds on the left and his cross was met by Micky Rae who headed home past new signing Sam Guthrie.

A goal early in the second half sealed RCA's fate. Ferguson picked up the ball on the right touchline and was allowed to drift inside unchallenged before curling the ball into the top corner of the net.

Billy Greulich-Smith added to RCA's woes with a tap in (a suspicion of offside) to make it 3-1, then in the 86th minute a through ball found Wing in space and he guided the ball past Guthrie and inside the far post.

This has been said many times this season, but when are we going to learn to maintain our discipline when we are in the lead? For 30 minutes against Shildon we looked fairly comfortable and then the "Red Mist" descends and silly, unnecessary fouls are committed which always come back to haunt us and we end up with players dismissed and in this league you cannot compete against the top teams with ten men on the pitch.

A look at the fair play table shows Washington at the top with 14 points and RCA at the bottom with 72; after last night's match that will have risen to 88 points.

It is easy to blame referees and sometimes they get it wrong, but in the main they get it right when it comes to dismissals and at the end of the day they are only enforcing the laws.