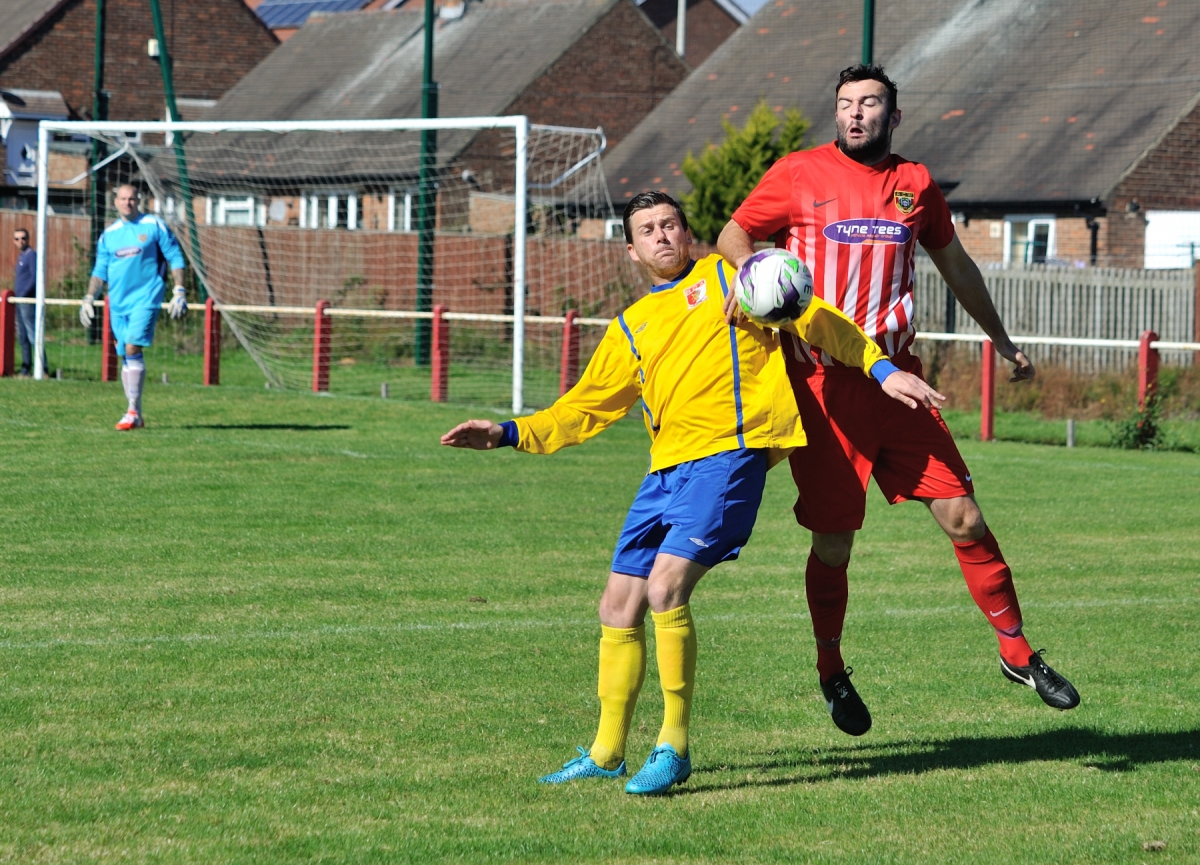 RCA as they have done in most of their games this season were straight into their passing game and tried to take advantage of a shaky start by the home team.

With five minutes on the clock a through ball from J Davis was helped into the path of Hassan who smashed in a low drive which produced a terrific one handed save from Rookes. Davis took the resulting corner which found Hassan, but he could only direct his header over the bar.

Minutes later RCA were back on the attack this time Armstrong and Cassisy combined on the left and when Armstrong crossed into the box the ball fell to Charlton but he stabbed the ball wide.

The home team were finding it difficult to cope with the high pressing of the RCA players and for the opening 15 minutes RCA looked in command of the match.

Hassan had two great chances to open the scoring, the first saw a J Davis corner evade everyone but C Davis retrieved the ball and his low cross found Hassan on the edge of the six yard box, but his shot was blocked by Paxton. The second was a minute later when Armstrong's cross field ball was picked up by K Gordon who slipped the ball forward to Hassan but one on one with Rookes he slid the ball agonisingly wide of the post.

With the home supporters starting to get restless RCW started to get back into the game, a long ball out of defence by Bott was picked up by K Davis who played the ball forward to Wiers, he took the ball forward to the edge of the box before shooting over the bar.

Two minutes later and O’Neill won the ball in the centre circle before sweeping the ball out to Ellis whose run took him into the box before he hit a low shot which Harkess saved at the near post.

The game was starting to flow from end to end now and it was RCA who created the next chance when Hodgson played a long ball forward Hassan out jumped the home defence to flick the ball on to Larkin whose shot was deflected for a corner which came to nothing.

In the 27th minute C Davis picked up a pass from Charlton before cutting the ball back to Gordon who sent in a wicked cross which Paxton managed to head behind for a corner. The resulting corner found Hodgson at the back post but his header back across goal was cleared by Bott.

On the half hour mark RCA produced a stunning piece of passing play the ball was played out from the back by Armstrong who found Charlton on the half way line, he played a quick one two with J Davis before feeding the ball out to C Davis, the RCA captain picked out Hassan on the edge of the box and he played the ball to Larkin before spinning off his marker to receive the return pass which he unfortunately miskicked and a relieved Rookes picked up the pieces.

This miss seemed to give the home side a lift and it was O’Neill who was again the instigator of their next attack playing the ball out to Ellis who crossed the ball into the box for Winter but his shot was blocked by Hodgson and the cleared by Swanbury.

Inside the final five minutes of the half RCW pushed forward trying to unsettle the visitors defence, but they held firm despite a long range effort from O’Neill flying a foot over the bar.

There was a dramatic start to the second half when RCA took the lead. A long ball forward was flicked on by Hassan into the path of Larkin inside the RCA penalty area and from and acute angle he managed to smash the ball low past Rookes at his near post.

Within two minutes it could have been 2 - 0 when a freekick from Harkess was headed on by Hassan, this time it was C Davis who took the ball on but Rookes, this time, was equal to the task, making a good stop at his near post.

RCW looked to get back into the game and on the hour mark were awarded a freekick on the right, Ellis took the kick which curled viciously into the box but sailed harmlessly wide of the far post, any sort of touch would surely have produced a goal.

From the goalkick the ball was played to Charlton who slipped the ball wide to C Davis, he broke into the box before cutting the ball back to Hassan but the striker blasted the ball over the bar when in a good position.

RCA were again getting on top and they should have increased their lead in the 65 minute Armstrong picked up the ball on the left before playing a defence splitting pass to Cassidy, he jinxed past his marker before sending in a perfect cross onto the head of Charlton but his header from inside the six yard area went wide of the target.

In a cruel twist of fate a minute later RCW equalised. RCA took C Davis off and replaced him with Noble, from Rookes goal kick the ball was picked up by K Davis who evaded the challenges of Noble and Gordon before sending a cross into the box where Weirs was on hand to tap in from close range.

The game again burst into life with both teams looking to get the all-important decisive goal.

RCA were resorting to long ball tactics which was being fairly easily dealt with by the RCW defence and the home team were looking to capitalise on their stroke of good fortune with some good attacking football.

With 15 minutes left Larkin had a good chance to put RCA back in front when a long ball forward found him free on the edge of the box but he shot narrowly over the bar.

Inside the final 10 minutes RCW were awarded a corner which was taken short to Ellis and the winger fired in a shot which was palmed away by Harkess, the rebound fell to Winter whose shot was cleared off the line.

With two minutes left on the clock RCW broke down another RCA attack and launched a final assault on the RCA goal, D Gordon sent a long ball forward to K Davis who dropped the ball off the substitute Saunders and he fired in a long range effort which Harkess was relieved to see go wide.

The referee brought the game to a close a couple of minutes later and the first Ryhope derby finished all square.

SRCA were left to rue their missed chances in this game especially in the first half when they could have been two or three up.

Credit to RCW for the way they battled for the full 90 minutes and in the end both teams had chances to win it at the death.

Entertainment wise it was a good competitive match and, as one spectator said after the game “Roll on Boxing Day."