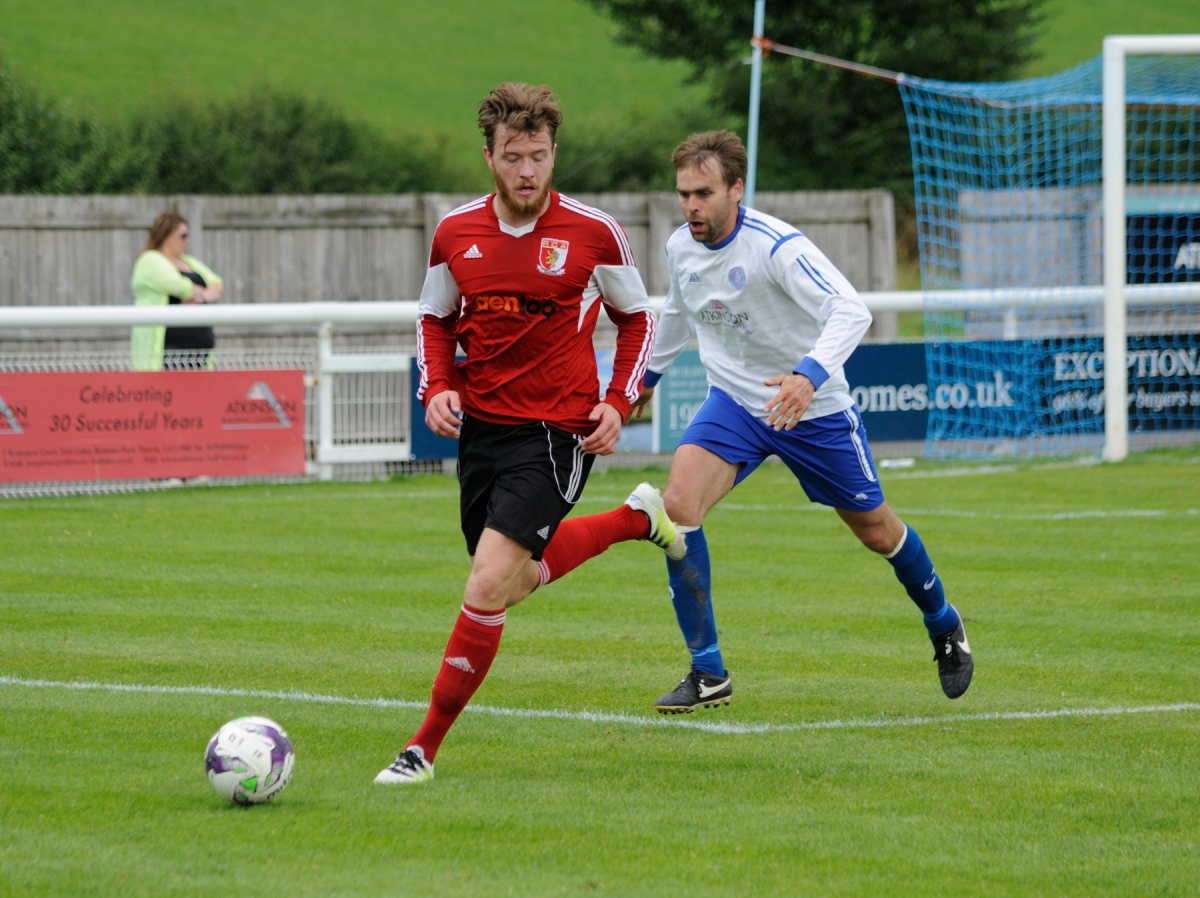 RCA started brightly and almost took the lead with their opening attack of the game in the second minute. McBryde controlled a through ball from Stewart before laying it into the path of Davis who chipped the ball over the Penrith defence, Larkin raced onto the ball, but mistimed his lob and Jamieson was able to collect easily.

Penrith struck back almost immediately when Smith intercepted a back pass to Harkess, but his cross into the box was cleared by Davis, the resulting corner saw Penrith's captain Davidson head straight at Harkess.

The home team were starting to apply a lot of pressure on the RCA defence, but they appeared to be coping well until Coleman picked up the ball on the edge of the box, he turned onto his left foot before firing in a shot which took a deflection of Lay and Harkess was able to save comfortably.

Two minuters later and Coleman picked up a long clearance from Jamieson on the right and crossed onto the head of Connelly, but he could only direct his glancing header wide of the upright.

Having weathered this pressure RCA started to make their presence felt, Cassidy was fouled on the left as he tried to go round his marker, Noble took the free kick and floated it towards Larkin at the back post; his header was blocked by Little and the ball fell to Davis who shot wide.

With the game opening up as it headed towards half time Coleman saw another effort deflect over the bar and then Coleman had a long range effort brilliantly tipped over the bar by Harkess.

RCA started the second half on the front foot. Cassidy made a great darting run on the left wing before cutting inside where he was fouled on the edge of the box. Davis took the freekick which was cleared to the edge of the box where Noble controlled it before hitting a tremendous volley which was destined for the top corner of the net until Street put his head in the way and the ball flew over the bar.

It was RCA's turn to apply the pressure and it was only some stirling defensive work by Penrith which kept the score level. A lovely passing move between Larkin, McBryde and Davis ended with McBryde shooting over the bar.

Penrith took the lead in the 67th minute when the RCA defence switched off for a second. A long throw into the box was not cleared properly and the ball fell to Smith on the edge of the box and he hit a low drive into the bottom corner of the net.

RCA pushed forward looking for the equaliser, but were unable to breakdown a very disciplined Penrith defence, although Mcbryde did forced a diving save from Jamieson and Cassidy was causing havoc on the left wing.

The visitors were reduced to ten men when Davis looked to stumble into a tackle and in the process rugby tackled a Penrith player thus receiving his second caution of the game.

Penrith were penned back in their own half, but almost doubled their lead from a breakaway when Connelly and Coleman combined before Coleman took the ball round Harkess but somehow managed to scoop his shot over the bar.

For the final ten minutes of the game RCA threw everything at Penrith and they almost got an equaliser with the last kick of the match. Having won a corner the ball was swung into the box and although the Little got a head to the ball first his header went to McBryde whose spectacular overhead kick skimmed the bar.

In the end Penrith move into the next round while we must look to pick out the positives from today's performance. Cassidy made some excellent runs and if his final delivery had been a bit better things could have been different. McNab and Lay played well in the heart of the defence. When Cassidy was injured we maybe could have brought on a fresh pair of legs for the final 10 minutes.

Next up West Auckland on Tuesday, 7:30pm at Meadow Park.