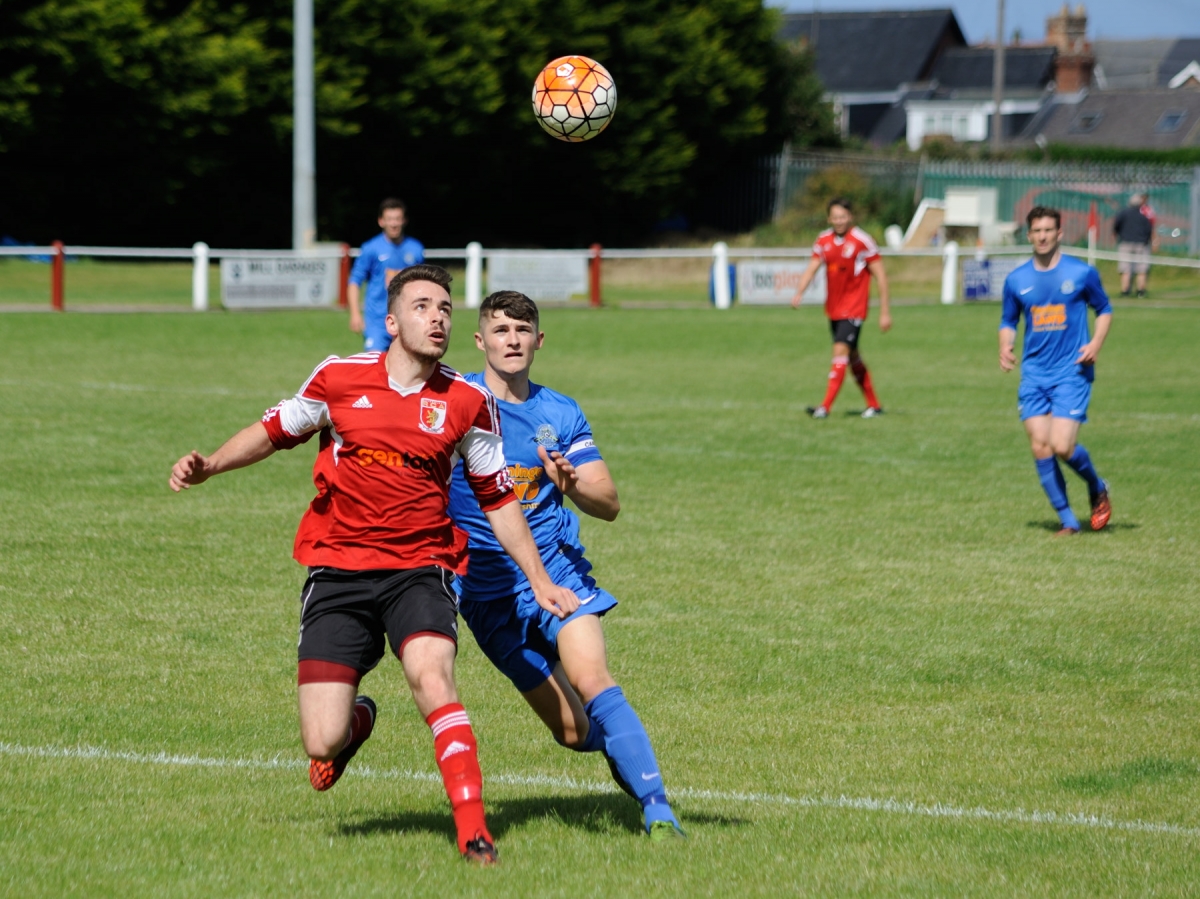 Both teams started well, looking to pass the ball and it was Pickering who had the first effort which went narrowly wide.

After 20 minutes a change in formation saw Butler move out to the right and Charlton move to a more central role. Within two minutes of this switch RCA went 1 - 0 up. A free kick on the right was played by Butler to Davis, his shot was blocked, but fell to Stewart 35 yards out, his first touch took the ball out of his body and then he thundered in a a terrific shot which rocketed into the top corner of the net.

The flowing football continued and the game swung from end to end but neither keeper was really troubled until the 43rd minute when Hughes burst past the last defender before unleashing a shot which Wells saved brilliantly, turning the ball round the post.

RCA went 2-0 up in the 50th minute when Cassidy picked up the ball on the left, beat the full back before squaring the ball to Hughes who sidefooted home from six yards out.

It could have been 3 - 0 a minute later when Cassidy again skipped past the full back and raced into space before cutting the ball back to Hughes but this time a Pickering defender managed to block the shot.

Pickering were given a life line in the 57th minute when they were awarded a free kick on the edge of the box, Danby took responsibility smashing the ball low into the corner of the net.

Although Pickering looked to get back into the match the RCA defence stood firm with the whole of the back four supporting each other.

The game got a little physical for a short period in the middle of the second half but the referee handled the situation well and both teams got back to their normal passing game.

As the game entered the final ten minutes Callen came up with a great piece of individual skill, picking the ball up 35 yards out he evaded numerous challenges before rounding the keeper and slotting home from an acute angle a truly brilliant individual goal.

This performance was by far the best in what has been a stop start pre-season, it will probably be our last match before the FA Cup match against Penrith next week so let's hope that some of our injured players can take the time to shrug off these niggles and return to fitness.

The real season begins next week.

Stewy certainly wound back the years for that first goal. Not bad for an auld man!