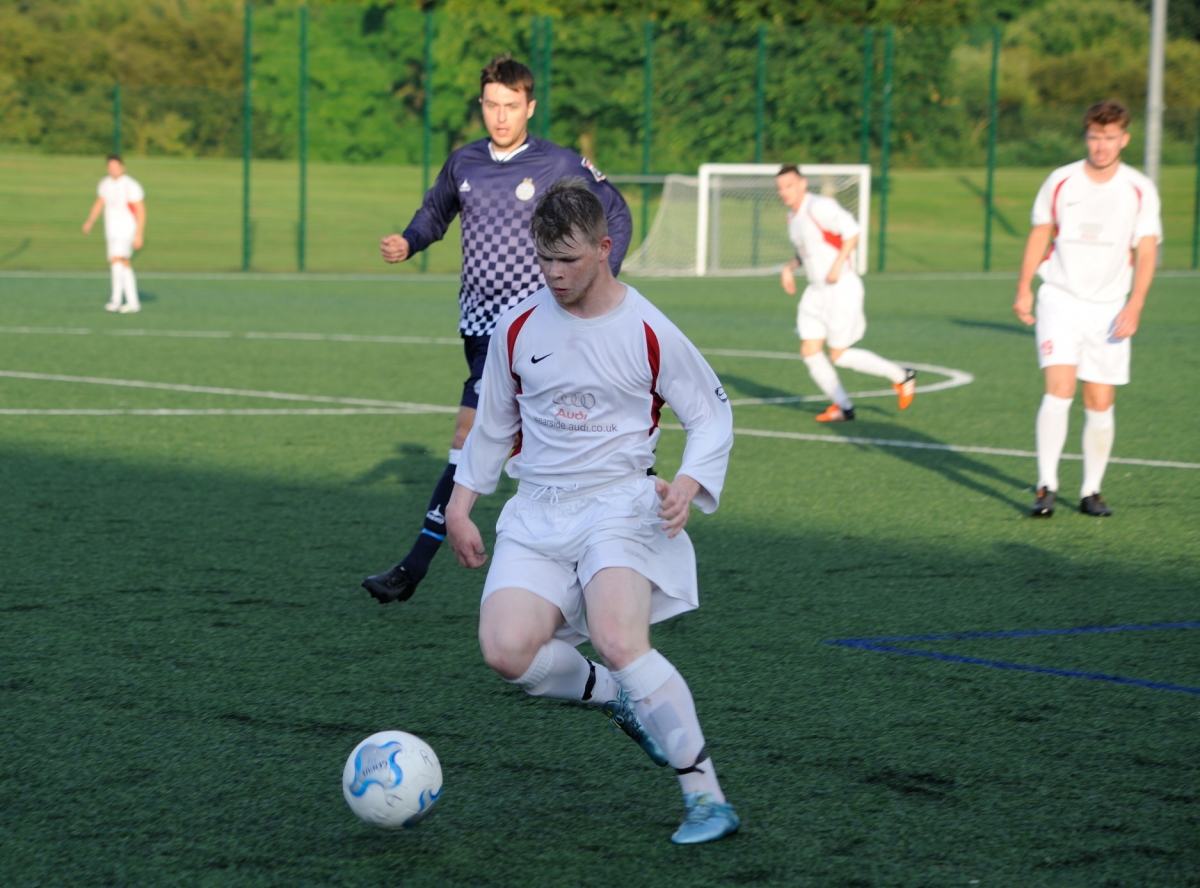 It was no surprise when RCA took the lead in the 3 minute when Armstrong played a freekick square to J Davis who calmly slotted the ball into the bottom corner of the net from 20 yards out.

As the game settled the visitors looked to stop the passing play of RCA by closing down quickly and not allowing the home team time on the ball.

RCA increased their lead in the 20 minute when a quick one two between Callen and Wightman opened up Bulwarks defence and Wight was able to volley home.

Within 4 minutes it was game over when Callen latched onto a cross from Cassidy to stab home from close range.

The remainder of the half was a fairly even affair with Bussey called into action to deny Bulwarks centre forward, palming the ball away for a corner.

Half time saw both teams make wholesale changes which made the game a little scrappy as players got used to a new formation.

RCA settled the quickest and while the Bulwalk defence was still re organising Hughes nipped in twice to score a brace.

As in the first half after this spate of goals the game settled down and both team looked to play football.

Two quick goals halfway through the half by Callen and Gorden made it 7-0.

Then in the final five minutes Gordon scored to make it 8–0 and with the final kick of the match Hughes completed his hat-trick to make it 9-0.

Tonight we took our chances when they came along and a very tired HMS Bulwalk played their part by battling right to the end.

After the match both teams returned to the Three Horse Shoes at Leamside for some well earned refreshments.