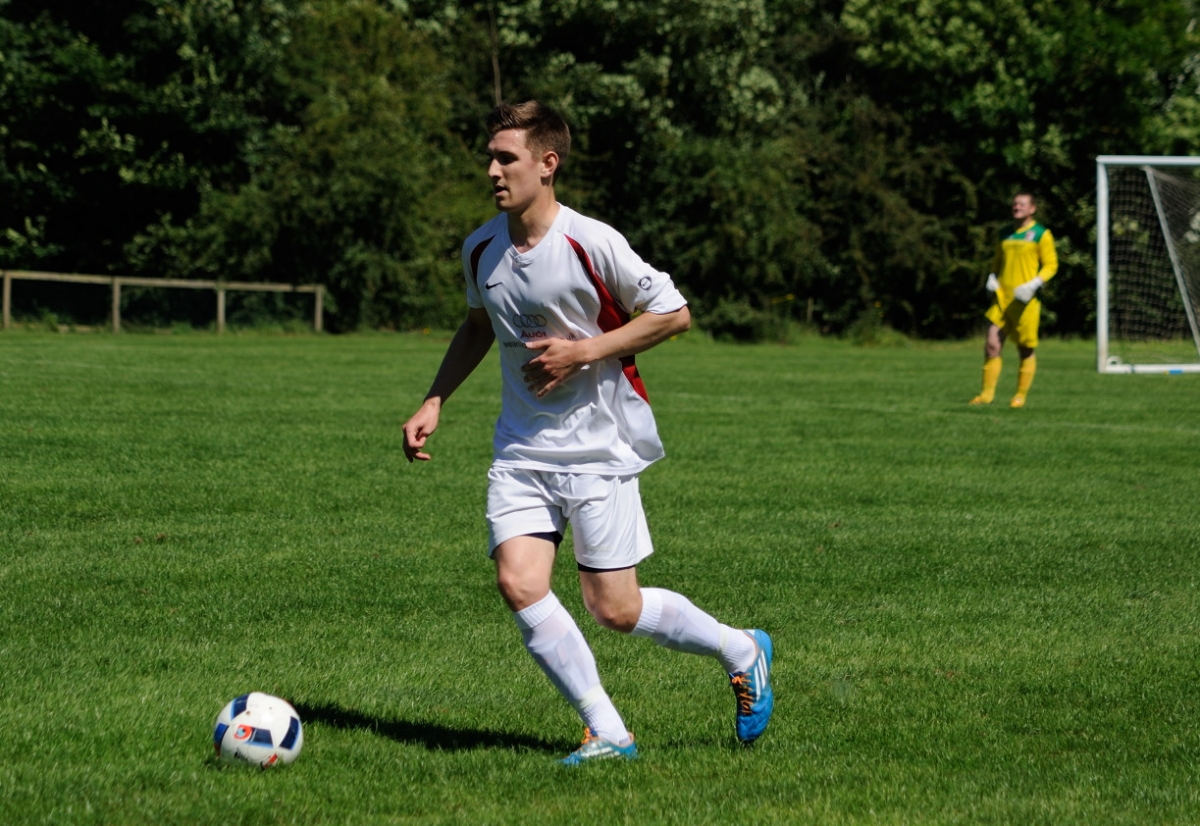 RCA upped the tempo in the second half as they started to dominate their opponents and it was no surprise that they took the lead in the 62nd minute when Larkin slipped a great ball into the path of Callen who slotted in off the post from 12 yards out.

Richmond were reduced to sending long hopeful ball s forward but new signings Swansbury and Hodgson dealt with any threats.

In the 75th minute RCA doubled their lead when they were awarded a freekick on the edge of the 18 yard area. Noble whipped in a cross which was headed home by the unfortunate Richmand central defender.

RCA increased their lead in the 80th minute when an exquisite 50 yard pass from McNab evaded the Richmond defenders and landed at the feet of Callen who raced through before firing low into the net.

There followed a spate of substitutions from both teams and in the 88th minute Richmond reduced the arrears with a well worked goal which saw the ball crossed in from the right wing and headed home past Harkess.

Unfortunately in the final minute of the game Swansbury landed awkwardly and turned his ankle which means he will probably miss the pre season friendlies.

This was a good workout for the players and they seem to gel very well. Swanbury and Hodgson played well together and Callen looked sharp. they will all improve with more game time.

Next match is at Chester-le-Street Riverside stadium against a team from HMS Bulwark who are visiting Sunderland as part of the International Airshow.