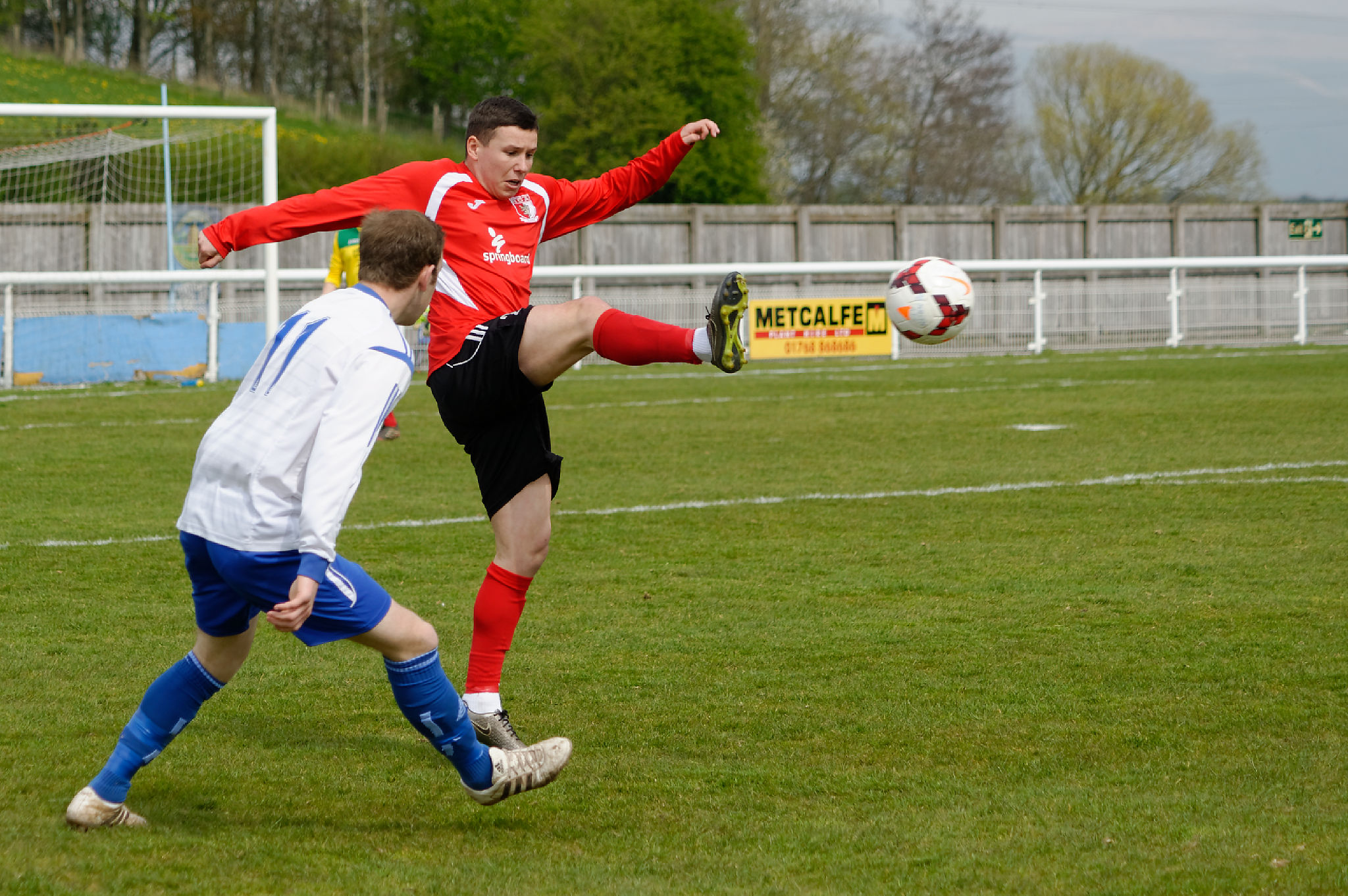 The game started in brilliant sunshine and the home team went straight on the attack to try and test Larkin. A through ball from Hope was met by Murray, but Larkin was quickly off his line to tackle the Penrith forward and scramble the ball clear.

The next attack saw RCA play the ball quickly forward to Hughes who dropped the ball off to Proctor but he mis-hit his shot wide.

In the tenth minute a good run down the left by Boyd was spotted by Street and the Penrith winger cut the ball inside to Murray who fired over the bar. After this RCA started to play some good paasing football and after a long period of possession the ball was sent forward by Butler to Hughes and the nippy forward burst past the last defender before firing in a low shot which went wide for a goal kick.

Two minutes later and RCA should have taken the lead. It was Butler again who started the move spraying a great ball out to Gordon whose pace took him to the byline. He cut the ball back to Proctor who had golden opportunity to score, but took too long in controlling the ball which allowed Davidson time to get back and block the shot.

There was little in the game at the moment with both teams looking tired after a long hard season. Hope had the next chance of the game when he broke on the right before cutting inside and shooting low towards goal, but Callen was able to get a touch on the ball and deflect it for a corner. Boyd took the kick and Davidson powered in a header which flew over the bar.

The visitors took the lead in the 24th minute when another good passing move involving Callen, Butler and Gordon saw the ball played back to Noble who sent an inch perfect pass to Hughes. He cut inside his marker before blasting an unstoppable shot into the roof of the net from the edge of the penalty area.

Proctor should have made it 2 - 0 five minutes later when Hughes again broke away from his markers before setting him up but Little was on hand this time to make the all important block.

Penrith's only contribution in the final 15 minutes of the half came from another Boyd corner which was headed goalwards by Little but Larkin made a comfortable save.

In the final minute of the half RCA tore through th heart of the Penrith defence again as Gordon and Proctor combined to set Hughes up but his shot was blocked by Bell.

Penrith started the second half with a little more purpose and were utilising the pace of Faustino on the right. Unfortunately when he was able to get past his marker the final ball into the box was invariably overhit.

In the 70th minute Bell played a long ball forward to Murray who turned well before firing in a shot which took a deflection and went for a corner. Callen was able to head the corner clear.

RCA added to their lead in the 73rd minute when McNab headed a Penrith corner clear and the ball was picked up by Butler. He played a reverse pass into the path of Callum Charlton who in turn played a lovely ball to Gordon who was unmarked 25 yards out and he took the ball on before cooly slotting past the advancing Penrith keeper Taylor.

Penrith brought on Wilson and the veteran Paul to try and get something from the game and it almost worked as the two players created a great chance in the last five minutes of the game, a cross from Paul was headed onto the top of the crossbar with Larkin struggling.

In the final minute of the ninety another cross into the box was met by Wilson who this time headed the ball down into the ground but it bounced onto the bar and was cleared.

It was a case of too little too late for Penrith and for RCA a good performance by a group of players who want to play good attractive football.

The youngsters who played today were suberb, their committment and endeavour shone through and they thouroughly deserved their win.

Next up is the lads day out in Newcastle, Cup Final day. Bucky has the details.