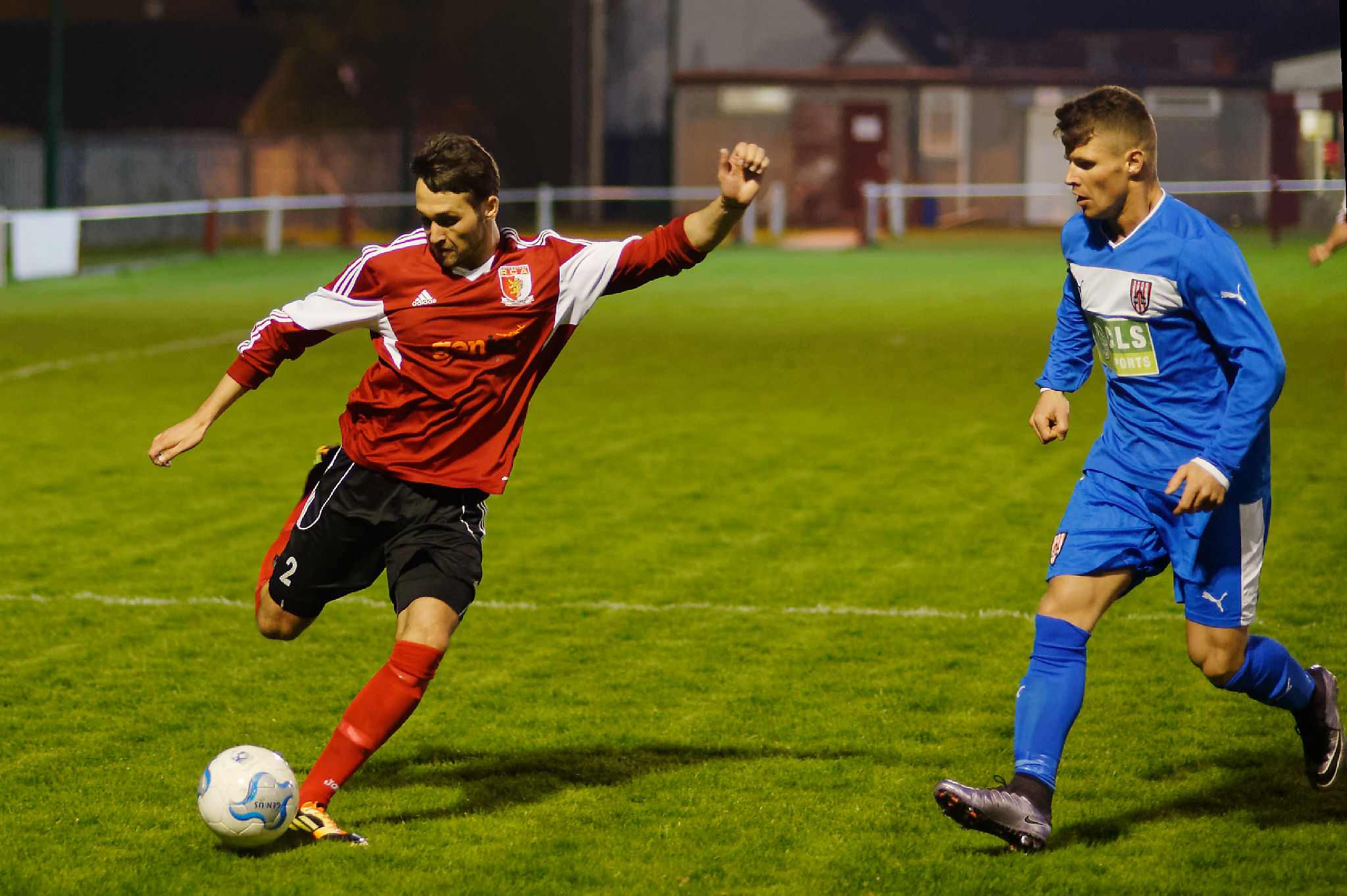 RCA had the advantage of the slope in the first half, but straight away found out why Guisborough are in the top three as they went straight on the attack with Wood firing in a shot from 25 yards out which deflected off Buchanan for a corner. Two minutes later and Guisborough were awarded a free kick on the right wing. The kick was taken by Blake who sent in a wicked curling cross which evaded everybody and sailed out for a goal kick. Wood was at it again after 10 minutes when he picked up the ball on the half way line and was allowed to run 15 yards unopposed before firing in another long range effort which was deflected for another corner.

McCuloch collected the corner kick and quickly released the ball down field where Proctor was able to chest the ball into the path of Callen, but he fired well over the bar.

Guisborough opened the scoring a minute later when Liversedge played the ball out to Blake who split the RCA defence with a great pass to Earl who drifted across the edge of the box before smashing the ball past McCulloch.

RCA were almost level five minutes later when Callen chased down and blocked a Liversedge clearance, he then picked up the loose ball before cutting inside two defenders before firing in a terrific shot which Liversedge saved superbly diving to his right.

From the corner Liversedge sent the ball forward to the other end of the pitch where the Roddam showed some excellent control before clinically slotting the ball past McCulloch to double Guisborough’s lead.

RCA tried to get their passing game going and on a number of occasions they got into good positions only for Carling or May to clear up a poor final ball. When they did get through Liversedge was in no mood to concede.

Towards the end of the half RCA almost scored when a corner from Proctor was met at the far post by Buchanan, but his header was cleared away by May.

RCA started well in the opening period of the second half as they pushed the visitor back, a run by Callen saw the striker drift across the box, but his effort was blocked by Roddam and cleared by May. Two minutes later and a good move down the right saw Gordon play in Graham who slipped the ball to Callen, he cut inside and into the penalty area before cutting the ball back to Proctor who struck the ball well only to see it hit the post and rebound to safety.

On the hour mark the game was over as a contest when Earl claimed his second goal of the night after a well worked move saw him left him in space and he made no mistake from the edge of the box.

The home team continued to probe and for all the good football they were playing they couldn’t break down a well drilled Guisborough defence. In the 86th minute Callen almost breached the fortress when a good run by Graham on the right saw him play the ball in to Callen, but he scooped his shot wide of the far post.

In the final minute of the game Earl completed his hat trick when a poor back pass to McCulloch, who was limping after an earlier collision, saw the young keeper mis-kick the ball straight to Earl who delicately chipped the ball over the keeper and into the net.

4-0 probably flattered Guisborough, but they were clinical in front of goal and showed how to defend when they didn’t have the ball. We played some good football at times and probably deserved a little bit of luck in and around the penalty area. However we didn’t get any and we learn and move on.

Next up a trip across the Pennines to Penrith on Saturday with our battered and bruised squad who have shown remarkable resilience in recent weeks, when they are asked to perform they get on the pitch and give 100% and are a credit to the club.