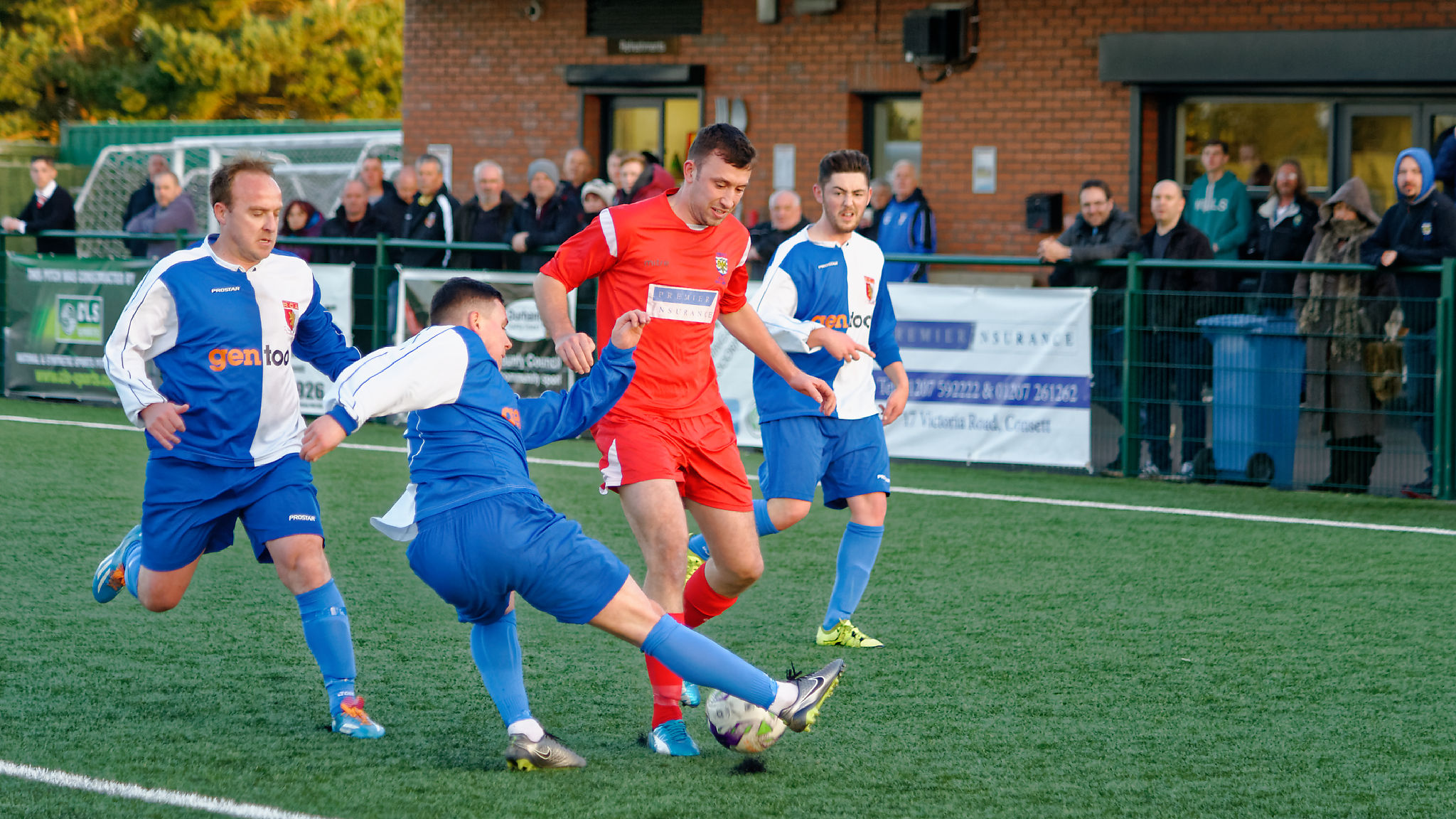 RCA faced another trip to the new Belle View Stadium this time to play Consett who, unlike ourselves, have shown signs of improvement in the last few weeks.

The jubilation and excitement of a few months ago have all but disappeared at RCA as we struggled to muster a team for this match and morale is very low at the moment. We need to get the spring back into our step after another disappointing performance.

The team, as usual, was much changed from the side that lost last Thursday at Ashington: McCulloch, Noble, Richardson, Buchanan, Byrne, Butler, Lane, Hope, Larkin, Hatch, Gordon: Subs: Charlton, Woud, Graham and Wightman.

The home side took the game to RCA from the off and in the second minute opened the scoring when Sweet latched on to a woeful back pass to blast the ball past McCulloch whose first touch of the ball for RCA was to pick it out of the net.

In the sixth minute, a crossfield ball from Lane was chested down by Hope, inside the area and as he went to shoot he was bundled over and the referee awarded a penalty. Larkin stepped up and fired home past the despairing dive of Young.

Unfortunately, as is the way with RCA, having forced a corner at one end from the kick the ball was cleared up field and Butler was forced to concede one at the other. From the in swinging corner the ball looked to be deflected by an RCA defender into the net, but Smith claimed the glory. 2 - 1 down, less than 10 minutes played and two shocking goals to concede given the experience in the team.

n the 14th minute a ball down the wing from Gordon found Larkin in space, he burst past the full back and he appeared to drag the RCA striker back but the referee waved away the RCA appeals for a penalty. The indiscipline that has blighted RCA returned almost immediately the penalty appeal was turned down, Richardson was booked for a cynical foul and then Hatch was booked for protesting too long about a decision to give a free kick against him. He continued protesting even after he was cautioned and was lucky not to add to the other eight sending’s off this season.

The rest of the half was played end to end with little in the way of goalmouth action.

The second half started with RCA pushing for the equaliser and a good run by Gordon saw his shot shoot across the face of the goal with Larkin diving in only inches away from connecting.

The home team continued in their quest to finish off the game and placed a lot of store in getting the ball to their front men quickly.

On the hour mark the game was over as a contest when Craggs cut inside Richardson, side stepped the lunge of Byrne and buried the ball into the net under the body of McCulloch.

With 15 minutes to go RCA brought on Wightman and Charlton for Lane and Gordon to little effect as almost immediately Steele outpaced the RCA defence before squaring the ball to the unmarked Sweet who side-footed the ball into an empty net.

Worse was to come as the hosts ran amok down the left where Gray drifted past Noble and Byrne before unleashing a terrific drive which was still rising as it rocketed into the roof of the net.

I have nothing really to add another abject performance at the end of what should have been a great season for the club, but is turning into a struggle.

Next up a friendly Derby match against Seaham Red Star on Thursday. Kick off 7:30pm