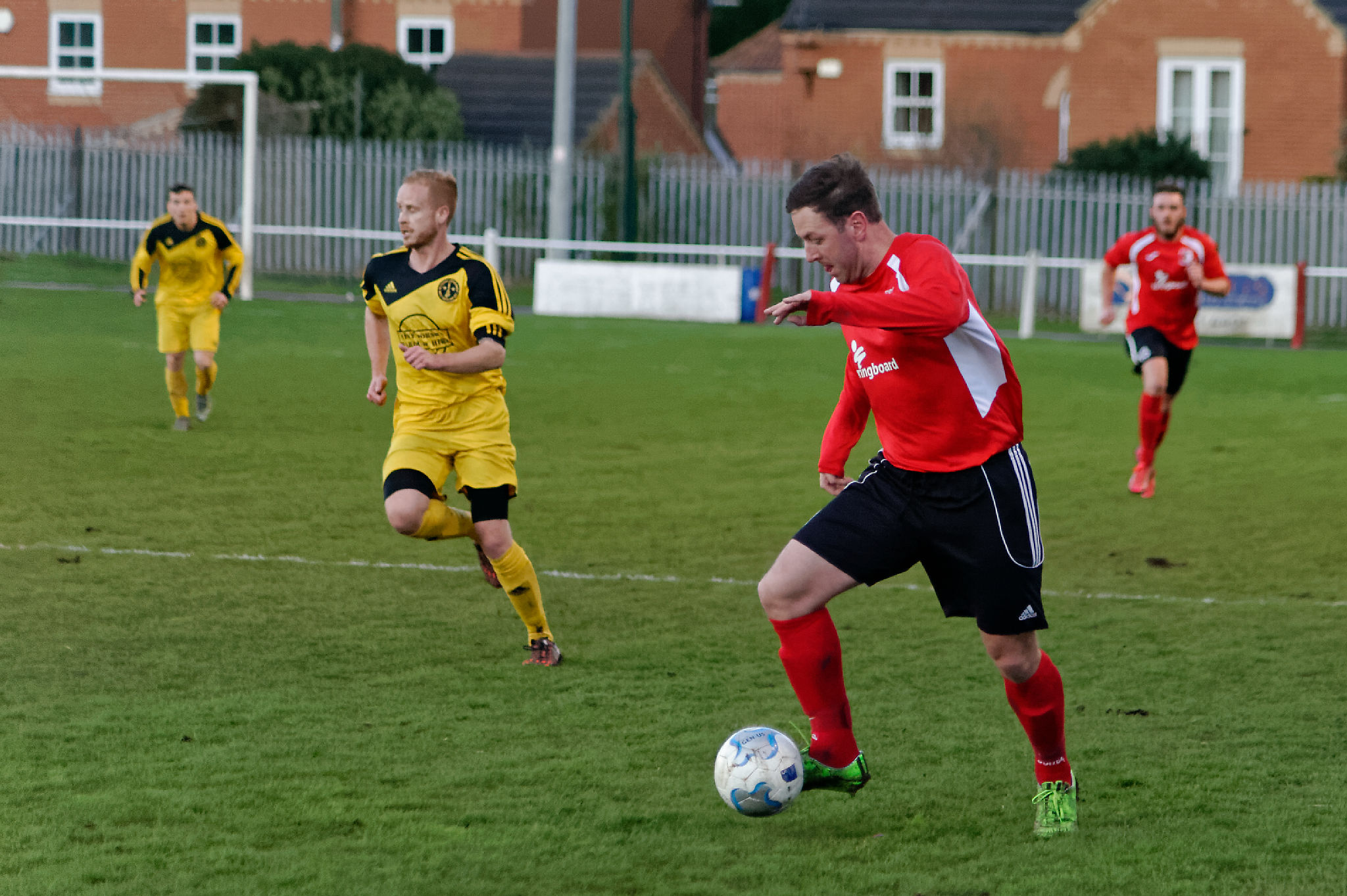 Sunderland RCA faced West Auckland Town in this important EBAC Northern League Division 1 clash. Both teams have had indifferent league form of late. West were looking to add to their points tally to push away from the relegation zone while RCA needed points to ensure first division football next season.

The management team again made forced changes through injuries and work commitments while also resting players as RCA head into their final 11 games of the season, a quarter of the season to be played in five weeks. The starting eleven included Byrne, Richardson, Hope and Cummings replacing Hatch, Callen, McNab and Proctor.

The game commenced with both teams looking to push forward and it was the visitors with the advantage of the slope and the wind who made the early opening when Cummings sliced a clearance away for a corner. Gardner took the kick curling it towards the near post where Woud looked to have caught it comfortably; unfortunately the on loan keeper dropped the ball at the feet of Hassan who volleyed home from a yard out. This gave the visitors a massive boost and they tried to make it count as RCA reeled under a bombardment of attacks.

It took some heroic defending by the whole team to stem the flow. With this initial threat overcome RCA got more into the game and stared to try and get their passing game going.

In the 20th minute the visitors almost doubled their lead when Lane was dispossessed and the ball was quickly played forward by Proctor to Hudson who met the ball in his stride before firing in a low shot which went over the bar.

RCA responded with an attack down the left. Butler found Wightman with some space and the RCA winger took on his marker before cutting the ball back to Richardson who played the ball back into the path of Wightman, but his shot flew inches over the bar.

The tide was starting to turn as RCA got to grips with the physical presence of Hassan and the nippy runs of Burnicle.

In the 36th minute RCA equalised with a well worked move which saw Lane play the ball from the right wing into Butler, he pushed the ball square to Hope who played a first time ball into the box for Jennings who stroked the ball past Knight.

West response was almost immediate. A long ball forward was collected in the corner by Richardson, but he was dispossessed by Hassan who moved the ball into the box before sending in a rocket of a shot which flew past Woud and into the net. Within a minute, it could have been a lot worse when West were awarded a penalty. Why Hassan didn’t take it was a surprise to me, but Burnicle took charge only to see Woud guess right and pull off a terrific save to keep the score at 2 - 1 to West going in to half time.

RCA started the second half well as they went looking for the equaliser and almost did just that in the 50th minute as Hope fed the ball to Lane, but with the whole goal to aim at he sent his shot straight at Knight. Five minutes later and it was the turn of Wightman to threaten the visitors goal. Hope was fouled 25 yards out and Wightman curled the kick over the wall and although it was dipping it landed on the roof of the net.

West had their first attempt of the second half when Marron played a hopeful ball forward and Hassan managed to outpace the RCA defence, but fired wildly wide of the target.

RCA were piling the pressure on and West were finding it difficult to get out of their own half. A throw in on the left taken by Wightman was picked up by Callen, his cross into the box was cleared away by Brackstone to the edge of the box where Hope fired in a shot which was deflected over the bar. Hope took the kick to the near post where Buchanan met the ball with a bullet header which struck the inside of the post and somehow shot across the face of the goal and away to safety.

Within minutes RCA were back on the attack, Wightman, picking up the ball on the left, cut inside, evaded three challenges before unleashing a terrific shot which rattled the crossbar before going behind for a goal kick.

The pressure was mounting on the visitors' goal as RCA pushed forward. This inevitably left gaps at the back and in the 75th minute West recorded only their second attempt on goal of the second half when Proctor broke away on the right and burst into the penalty area, but with only Woud to beat he struck his low shot against the post and away for a goal kick.

The final 15 minutes saw RCA almost entirely camped out inside the visitors' half and although they had a number of half chances they never amounted to much and the only real effort of note was a curling effort from Man of the Match Wightman, which had Knight scrambling to save.

The relief on the faces of the West players at the end was tangible as they secured another three points toward their safety target. Defeat in this game leaves us at the bottom of the Current League table with one win in six. However the performance and the commitment of the players tonight was much improved from recent games and we should be encouraged by this and take it on to the next match on Saturday against runaway league leaders Shildon at Dean Street.