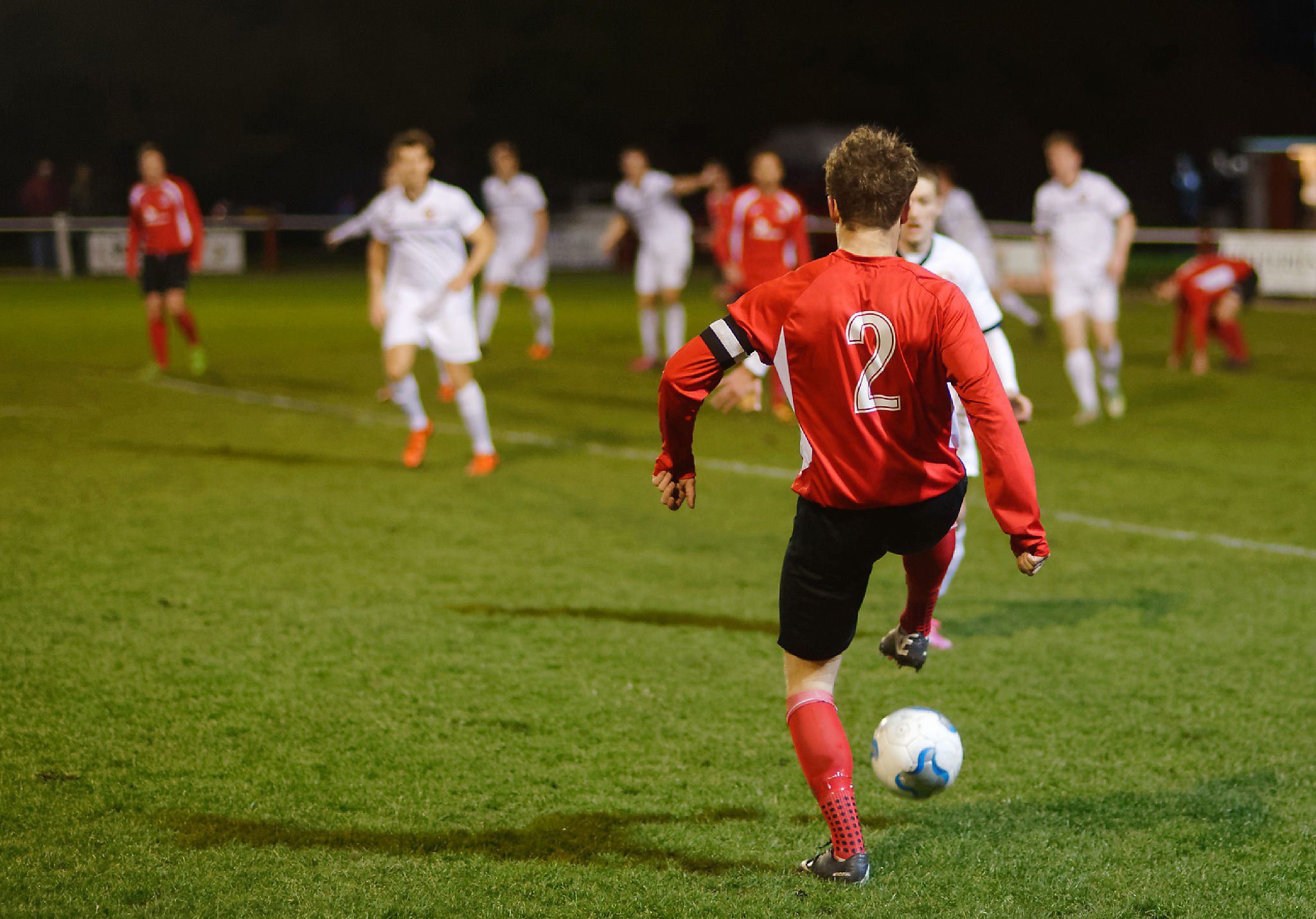 RCA entertained in form North Shields at Meadow Park in this rearranged EBAC Northern League fixture. The visitors had won their last three matches while RCA had recorded a good victory in their last outing against Bishop Auckland.

The RCA management team had a number of players unavailable for tonight’s encounter. Work commitments meant that Harkess and Charlton were unavailable and McNab failed a pre-match fitness test and is still not fully fit. Hunter and Gordon came into the starting eleven to replace the aforementioned and onto the bench came Pounder, Cummings and Cook.

The visitors were almost gifted a goal in the opening minute when a poor back pass from Davis was picked up by Holmes who proceeded to lob the ball over Hunter, but wide of the post, sparing the blushes of the RCA captain.

RCA’s response was immediate with Davis making amends for his earlier mistake with a string of excellent runs down the right and in the fifth minute an exquisite pass by him fell to Gordon who slammed the ball into the side netting from an acute angle.

The home team were starting to get on top and with the advantage of the slope they pinned North Shields back deep in their own half.

In the 10th minute a long punt forward by Hatch was headed down by Coppen into the path of Larkin who surged through three challenges into the penalty area before shooting low. Bannon was alert to the danger and made an impromptu save with his foot and the danger was cleared up field.

Five minutes later and Davis and Larkin combined on the right to create space and when Larkin’s cross was met by Callen it looked certain to open the scoring, but Bannon made a terrific save palming the ball away. Brown picked up the rebound, but his shot was blocked by Coppen and with both Larkin and Brown bearing down on goal McKeown managed to stick out a foot and the ball was cleared.

As the game progressed it became a little scrappy with both defences looking well on top and little in the way of goalmouth action. The only attacking move of any note by the visitors up to the half hour mark was a good ball from Richardson which found Holmes but his header was easily dealt with by Hunter.

At the other end another Callen came close again. Armstrong won a corner on the left which was swung to the far post where Callen got a clean header on the ball, but it struck the outside of the post and out for a goal kick.

North Shields had two penalty appeals turned down in quick succession as Hatch appeared to play the ball onto Wilson who went to ground very easily, as the ball bounced away the Shields forward regained his feet and the second challenge of Hatch forced the ball away and it was cleared by Davis with Wilson again on the floor appealing for a penalty. The referee waved away the Shields players’ protests and supporters’ appeals and no penalty was given. (I have to say that the referee was in a better position than me.)

The second half started with Shields pushing forward and RCA looking to counter attack, in the opening minute a through ball to Richardson caught the RCA defence out, but the Shields forward fired over the bar.

Neither side were creating clear cut chances as time and again attacks were stopped by excellent defensive work. In reality neither keeper was tested in the opening 20 minutes of the half.

The game was flowing from end to end and for the neutral it was probably a good game to watch.

The deadlock was broken in the 69th minute when an RCA attack broke down and the counter attack of Shields caught RCA players out of position. Armstrong did well to stop the initial attack, but his clearance up to Proctor put the RCA substitute under pressure and his hasty pass was intercepted by Donnison who sent in a great cross to Wilson and although Hunter made an excellent save he could only palm the ball into the air where Holmes was able to head home from close range.

RCA went in search of an equaliser even sending Hatch forward in an attempt to get something from the game. However it was the visitors who almost doubled their lead when a long ball forward was picked up by Wilson inside the penalty area and it was only a well-timed challenge from Davis which stopped goal number two.

As the game entered the final five minutes RCA almost got their reward when Callen won a corner on the left, Noble sent the ball to the far post again and this time Hatch rose highest but could only steer his header wide of the target. Then a good move on the right saw Davis and Pounder beat the Shields defence, Davis crossed to Callen who elected to fire the ball across the box when there was a shooting opportunity and the chance went begging.

In the final minute of the match, with both teams out on their feet, Armstrong conjured up one last attack this time the ball was headed down by Hatch and Pounder looped a shot onto the visitors bar. Shields did enough to protect their lead in the three minutes of injury time that was played.

This was a hard fought match between two fairly evenly matched teams, it might not have been the best game in the world but there was commitment and endeavour shown by both sets of players and it shows how far these two clubs have come in the last few years. A classic it wasn’t and in the end we maybe deserved a draw out of the game, once again missed chances and luck played a big part in the outcome tonight.

Next up Washington away they don’t come much tougher.