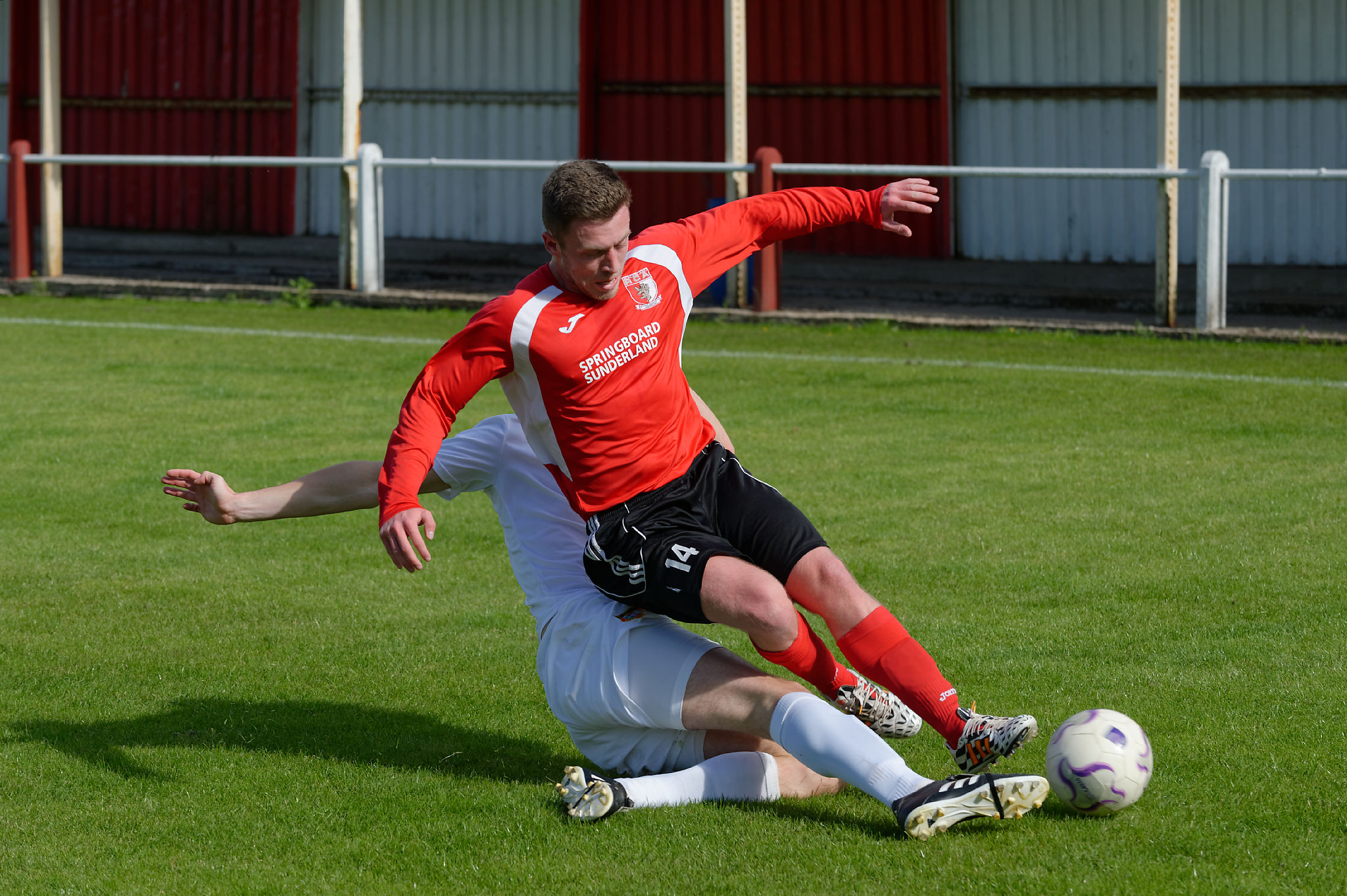 RCA forward Joseph Hughes has the ball cleared from under him in the second half of the match.

With a week to go before the start of the season both managers put out strong looking teams, although there were few absences through injury and holiday, but as Allan Thompson always said,"It's not about the players who are not here, it is about the players on the pitch."

A decent crowd welcomed the teams for the start of the game and it wasn't long before they were treated to a piece of audacious skill from Luke Proctor, picking the ball up on the halfway line, he lobbed the ball, fully 45 yards, over the head of Rookes in the CW goal and into the net. Six minutes gone and 1-0 to RCA.

This set the game up and both teams responded with flowing end-to-end football which produced a number of half chances which went begging and so, unbelievably it remained 1-0 at half time.

The start of the second half saw RCA begin the better and in the 52nd minute they were awarded a penalty, or were they? The referee Mr Quinn asked the RCA penalty taker to miss the penalty as he had made a mistake. Hope, in the spirit of the game, duly obliged sending his shot wide.

Two minute later however RCA extended their lead when a CW attack broke down on the edge of the RCA penalty area. Jury picked up the ball and sent a forward pass to Hope who swept the ball wide into the path of Davis and he in turn sent a first time cross into box where Charlton reacted quickest to slide the ball home from eight yards out.

The response from the CW was to throw men forward in an effort to get something from the game; their aerial supremacy was causing a few problems for RCA, especially at set pieces and the can count themselves unlucky not to get anything out of a number of corners conceded by the RCA defence.

However in the 70th minute they did pull a goal back. A cross from Marney on the left fell to Pounder at the far post and he hit a tremendous volley into the back of the net past a helpless Harkess.

This set up a grandstand finish and in the final 20 minutes both teams had chances to score but in the end the score remained 2 -1 in favour of the home team.

This was a very entertaining if hard fought game which RCA on balance probably deserved to win, but the CW will be there or thereabout in the push for promotion this year.

It was a tribute to Allan's memory that so many attended today to make it a good day and the money raised was all to go to charity.

Good luck to RCW for the season and thanks to the committees, officials, players and supporters of both teams for making it another memorable day.