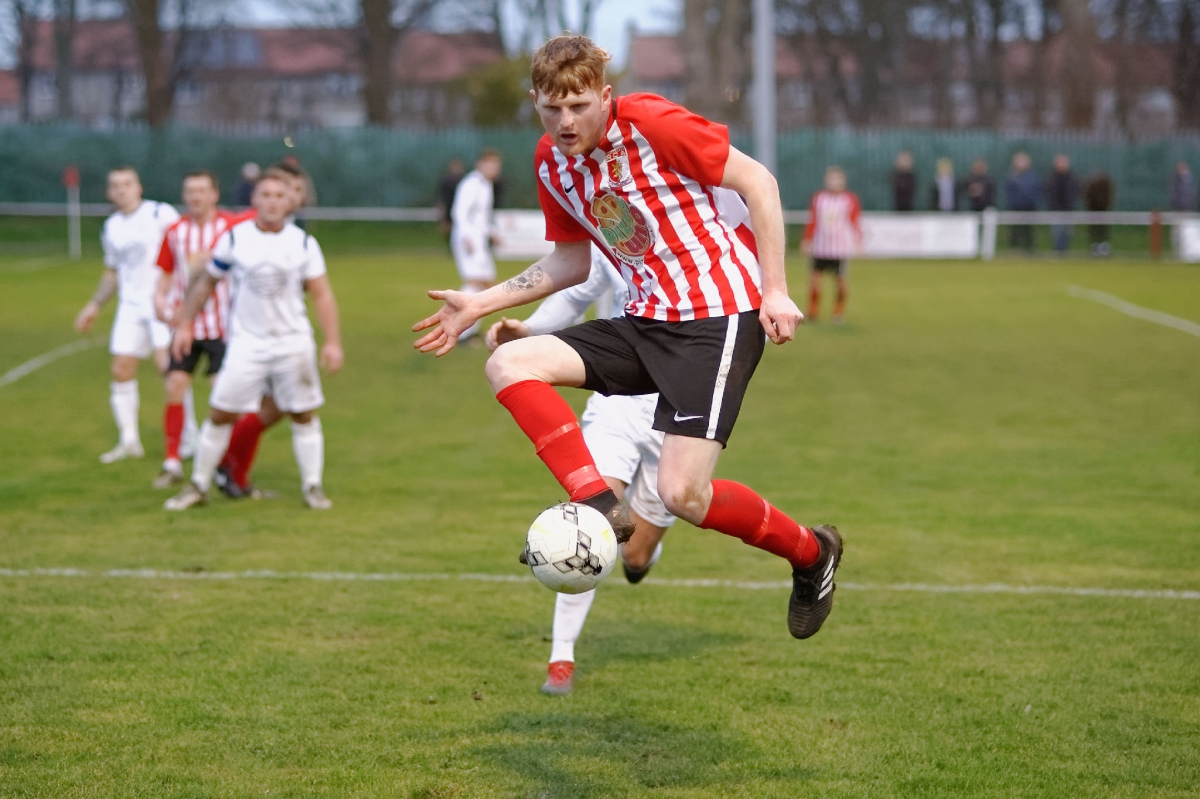 Luke Page in acrobatic action during the first half of the match.

Sunderland RCA crashed out of the FA Vase fourth round, after a last minute goal in extra time gave West Auckland the win and progression in the tournament.

Both sides battled throughout the 120 minutes of action, but ultimately a Lewis Dodds tap-in was the difference between the Northern League teams.

RCA had chances throughout to take the lead with Michael Charlton having the best opportunity mid-way through the first half hitting the post when one on one, after a clever flick from Nathan O'Neill played him in.

Equally, Scott Pocklinton was called into action a number of times saving well with his feet early on and tipped a looping cross away from goal later in the half.

In the second half, Ross Preston, arguably man of the match, missed a half chance from six yards following a knock down from Luke Page.

Half way through the second period, Dom Moan stuck a shot just wide of the left post following shouts for handball in the visitor’s penalty well, which fell on deaf ears.

With neither side able to break the deadlock in 90 minutes the game went to extra time.

Early on Page had two opportunities, first a header and secondly a half volley that were blocked well both times by Auckland’s Alex Francis.

The visitors put the pressure on and after Thomas Portas had squared the ball across the box, Adam Burnicle struck the ball towards goal, but Captain Greg Swansbury was on hand to block the shot.

Substitute, Burnicle had another chance to take the lead from the resulting corner, it was lifted in towards the back stick, he hit the ball with the outside of his boot and the shot flew just wide of the right post.

After the break, in extra time, RCA looked for a penalty from the referee as Swansbury went over a challenge in the box, which was not given.

Just moments later and just seconds left to play, on the counter attack West Auckland’s Portas burst to the byline and managed to put a ball across the box, Swansbury attempted but could not stop the ball as it trickled to Lewis Dodds who well positioned to tap in from close range.

Due to Auckland’s celebrations the referee added a few extra minutes to play, however, RCA were unable to make a meaningful attack and bow out of the FA Vase.

Congratulations to West Auckland and good luck in the next round. They have been drawn against fellow Northern League side Hebburn Town.