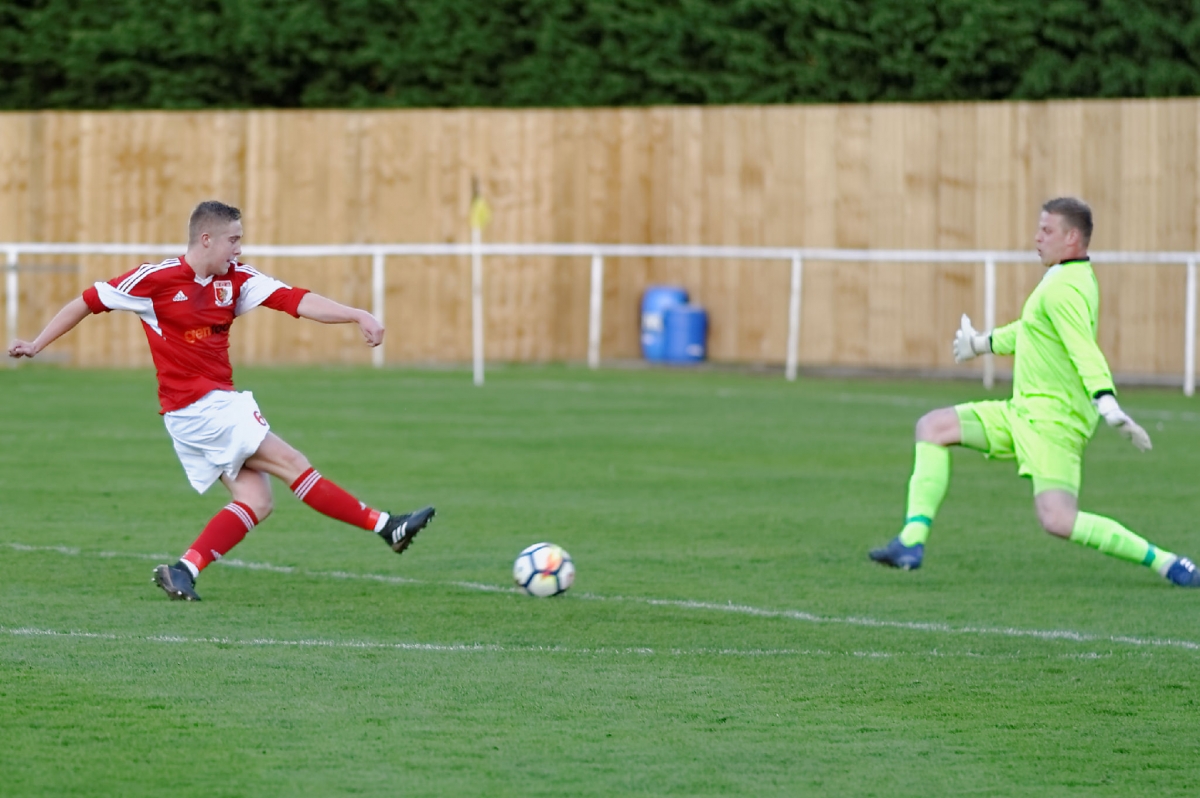 Following Monday's 1-1 draw with Consett at Meadow Park, Sunderland RCA made the trip to Morpeth Town tonight looking to extend an unbeaten run of six matches.

RCA made three changes to the side which drew on Monday - Reece Noble was named in the starting line-up, but was injured during the warm-up and replaced at right back by James Armstrong. Keith Finch replaced Scott Pocklington in goal and Dylan Elliott returned to central midfield in place of Ross Preston, with Craig Hodgson moving from central midfield to centre half, alongside captain Greg Swansbury.

Midway through the first half and Morpeth forced a corner down the right. The corner was whipped into the RCA six-yard area and Finch dropped the cross and it was hacked clear by Armstrong. Two minutes later and Sayer flashed a shot narrowly wide of the post. In the 30th minute, the home side won a corner after good play by Walton down the right whose cross was blocked by Larkin. Sayer again whipped in a dangerous corner which was cleared by O'Neill. Four minutes later and Morpeth had a great chance to equalise when Henderson caught Swansbury in possession and raced clear and into the RCA penalty area before attempting to go around the advancing Finch, but the RCA keeper bravely saved the ball at Henderson's feet and the loose ball was cleared.

Back came RCA - one minute later and O'Neill played in Elliott whose shot was saved by Dryden. And then, a further minute on, Callen drove down the left before crossing low into the Morpeth six-yard area towards Charlton, but the ball was cleared by Turner. In the 40th minute, RCA were awarded a free-kick for a foul on O'Neill down the left - Elliott's free-kick was claimed by Dryden. Two minutes later, and Morpeth produced a good move, resulting in the ball being played up to Henderson on the edge of the RCA penalty area. Henderson then played the ball out to Walton on the right whose cross was blocked by Swansbury for a corner which was cleared. As half-time approached, Callen fired a shot narrowly wide from 25 yards. And then, in stoppage time, RCA doubled the lead - Larkin was released in on goal and the RCA striker cooly side-stepped Dryden before finishing well as the angle to goal narrowed.

In the 52nd minute, RCA had a great chance to take a three-nil lead as, again, the visitors got in behind the Morpeth defence and Larkin went around Dryden but lifted his shot just over the crossbar and onto the roof of the net. Morpeth had come out strongly in the second half and, nine minutes later, were back in the match as a cross from the right into a crowded six-yard area was turned into the net for what looked like an own goal. Two minutes later and Hodgson made a timely interception on the halfway line before advancing into the Morpeth half and playing the ball out to Charlton on the right. Charlton crossed low to the front post, where Larkin got in front of his marker but poked the ball wide from an acute angle.

Midway through the second half and Morpeth were level - Henderson received a ball from just outside the RCA penalty area and fired in a terrific shot that nestled in the bottom corner. And five minutes later, the comeback was complete, as Morpeth won a corner on the left which was delivered by substitute Elliott and Taylor headed home from close range. RCA weren't done, though, and in the 75th minute were awarded a penalty after Callen made a driving run into the Morpeth penalty area and was tripped. Larkin stepped up to dispatch a superbly taken spot kick, right into the top corner, to level the scores. In the final few minutes, both sides had chances for a late winner - first, Elliott went through for Morpeth but fired his shot wide of the post. And then Charlton chased down a through ball and went into a full-blooded 50-50 with Dryden, the loose ball fell to O'Neill but his cross was cleared, with Dryden stranded.

A cracking match which ebbed and flowed. RCA will be disappointed to concede three goals in ten second half minutes, but, our lads never give up, and fought back well to level the score.

RCA sit in fifth place, but, after two drawn matches this week, are now four points behind Shildon in fourth.

However, disregarding league position for a moment, the unbeaten run is now seven matches, which is a terrific achievement given that we've beaten Dunston, West Auckland and Bishop Auckland away, Newcastle Benfield and Seaham Red Star at home, as well as draws with Consett and, last night, a point at league leaders Morpeth.

Tonight's RCA man of the match was chosen by birthday boy Tony Callen. Tony picked Colin Larkin for “a superb first half and for scoring two goals”. Well played, Colin!

RCA are back in action on Saturday, 28 April, when Guisborough Town are the visitors to Meadow Park. Kick-off is at 3pm. Please come along, the lads deserve great support.