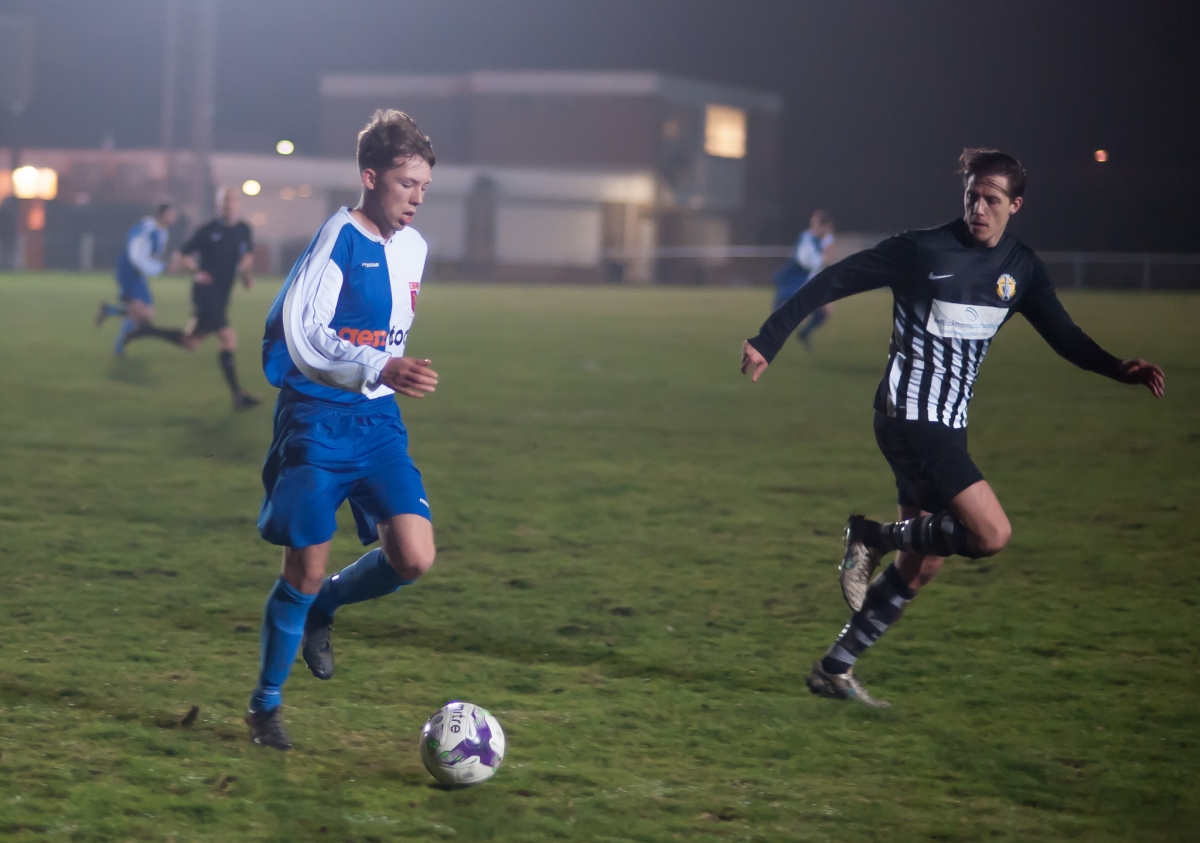 The match got underway and it took a good few minutes for either side to settle into any sort of rhythm with the ball mainly being contested in midfield. In the ninth minute RCA had their first attack of the match as McGuinness played in Cassidy down the left but the cross was safely held by Mordey in the Whickham goal. Four minutes later and RCA had the lead. After some neat play between Charlton and Larkin, Larkin made a forward run before splitting the Whickham defence with a beautifully weighted through ball to Callen who, without breaking stride, fired in a left-footed shot into the bottom left corner.

RCA continued to keep up the pressure as a corner from Armstrong was fired just wide of the post by Callen from 20 yards. With barely 20 minutes on the clock RCA doubled their lead as Martin made a lovely run down the right and sent in a low cross along the six yard line where Charlton bravely went in to side foot the ball over the line - injuring himself in the process.

By this stage RCA were absolutely rampant and it came as no surprise when the lead was further extended barely a minute later as Martin twisted and turned on the apex of the Whickham penalty area before playing in Gordon who surged into the area and crossed low to the far post where the unfortunate Lancaster got the ball stuck under his feet, giving Cassidy a two yard tap in. The RCA pressure kept coming and in the 26th minute Callen made a run down the left and crossed into the penalty area just too far in front of the onrushing Martin.

Three minutes later and a McGuinness free kick from 25 yards was held by Mordey at the second attempt.

On the half hour mark Charlton was unable to continue and was replaced by 17-year-old Brad Wilson, who was making his Northern League debut.

With seven minutes to half-time, Broadhead made a run down the middle before firing in a shot from all of 35 yards that was always on the rise. In the final minute of the half, Soutar was penalised following fouls on Martin and Cassidy - Larkin’s free-kick was only half cleared to Preston, whose shot was blocked for a corner. From the short corner Armstrong also had a shot blocked.

A fabulous ten minute spell had all but killed off the tie with some terrific play and clinical finishing from RCA.

The second half began with RCA having a spell of pressure which culminated in Martin having an attempted lob from a tight angle palmed away by Mordey for a corner kick which was cleared. Two minutes later and Whickham were on the attack as a shot from the edge of the penalty area was blocked - appeals for handball turned down - and the ball loose was driven wide of the post from 20 yards.

On the hour mark RCA effectively ended the match as a contest as a throw-in down the right was flicked on by Callen to Wilson. Wilson then made a good run down the right before checking, looking up and crossing a pinpoint ball into the penalty area for Larkin, who controlled the ball with one touch and finished clinically. Brilliant stuff!

Three minutes later and a ball out of defence to Cassidy was moved forward to Callen. Callen then played a delightful 1-2 with Larkin and, as he went around the ‘keeper, slipped at the vital moment with his angle on goal diminishing. Midway through the second half and a Whickham corner on the left was headed just wide at the far post. Two minutes later and Whickham were awarded a free-kick on the halfway line after a handball by Wilson. The free-kick was lofted in and a shot from Peareth produced a good reaction save from Bussey.

In the 70th minute Larkin made a run down the middle before playing the ball out to Martin but his cross was blocked for a corner which was cleared. Three minutes later Peareth was booked for a scything challenge on Callen. From the resulting free-kick Armstrong picked out the unmarked Martin down the right, who crossed in low to the far post where Preston slid in to complete the scoring with a classic training ground set piece. As the match entered the final ten minutes things became rather scrappy with tired minds and legs creating numerous free-kicks for late challenges.

I am beginning to run out of superlatives for this run that RCA are currently on - seven wins in a row, with another clean sheet, five different goal scorers and that’s despite wholesale changes made to the team.

Another fabulous performance from every one of the RCA lads and the contrast between tonight and our last visit to Whickham could hardly be more stark. I don’t usually single out individuals in what is a team game (unless it’s a Colin Larkin hat-trick in the Vase!), but a special mention must go to young substitute Brad Wilson who capped an all-action display with a superb assist for Larkin to score RCA’s fourth goal. Definitely one for the future.

With RCA looking very comfortable in mid-table (maybe another couple of wins needed to absolutely guarantee remaining in the division!), it would be great to really target the cups and see if we can end a very promising season with some silverware.

RCA’s winning streak will be put to the sternest of tests on Saturday with a visit from Northern League champions Shildon. Get along to Meadow Park and support the lads - the way we are playing at the moment it should be a cracker!

Simon outstanding report. MUSIC to my ears...which begs the question..how are you fitting time in to your day job !

Time to start our Orchestra..Drums as well

I am jumping on Bandwagon...Andre Previn..alias Simon Mears ! Secret is Out.