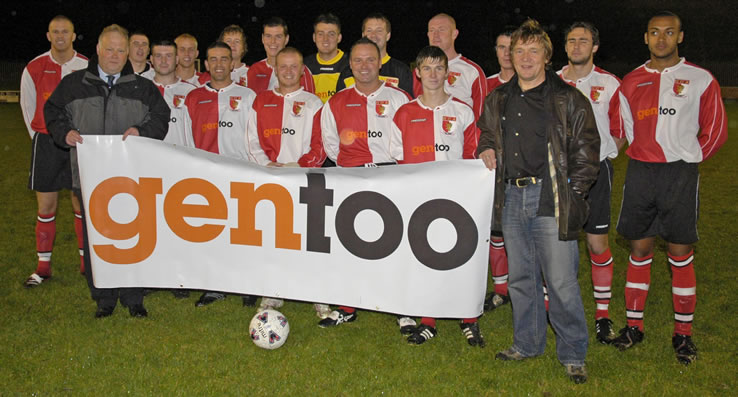 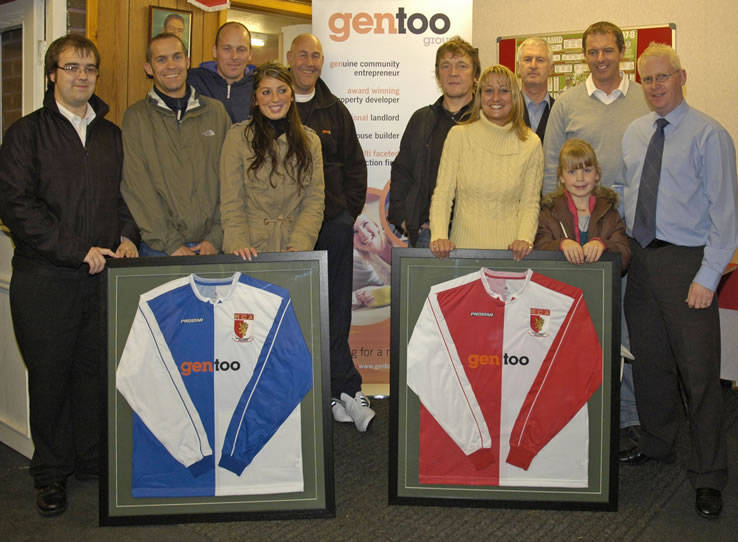 Sunderland based, people and property business Gentoo have sponsored by Sunderland RCA FC.

Gentoo aim to increase the impact of their existing social investment initiatives through sponsorship of the Club, and by working in partnership with them to develop diversionary programmes and leisure activities for local youths in the area.

Sunderland RCA FC were formed in 1961 as Ryhope Youth Club and became a founding member of the Northern League Second Division in 1982, achieving promotion as runner up in the 1983-84 season. The 2006-07 season saw the club joining forces with Springboard Sunderland and a new era as Sunderland RCA FC began.

The Club are now based at Meadow Park, Beechbrooke in Ryhope and play regularly in a variety of leagues and friendly matches, including the Durham County Challenge Cup, Arngrove Northern League and the FA Cup.

The sponsorship was officially launched on 9th October at Sunderland RCA FC’s home game against Guisborough Town. Gentoo staff came along to show their support for the team and to see the team’s new kit in action.

Colin Wilson, Sunderland RCA FC Secretary said: “We are delighted to have Gentoo on board as our new shirt sponsors and community partners. Gentoo share with us a vision of developing Sunderland RCA FC as a real community football club, encompassing all age groups and skill levels, and we are looking forward to working closely with them in future years”

Gentoo Living will be working in partnership with Sunderland RCA FC to ensure the wider community benefits from the successes of the Club. Their dedicated Social Investment team have already developed and frequently deliver a wide range of responsive programmes, ensuring that every penny Gentoo spend has wider social and economic benefits.

Gentoo aim to work alongside the Club to develop young people in the local community by giving them access to a range of activities such as football coaching sessions. They would also like to deliver other diversionary activity to counteract anti-social behaviour and initiatives that link in to the Government’s RESPECT agenda.

Elaine Murray, Social Investment Manager for Gentoo, said: “Social investment and enterprise is high on our agenda at Gentoo. We are really pleased to be supporting Sunderland RCA FC through sponsorship and we hope that this new partnership will be a success.

“We wish the Club every success for their future matches and we will be coming along to show them our support.”

For further information on Gentoo please visit its website: www.gentoogroup.com