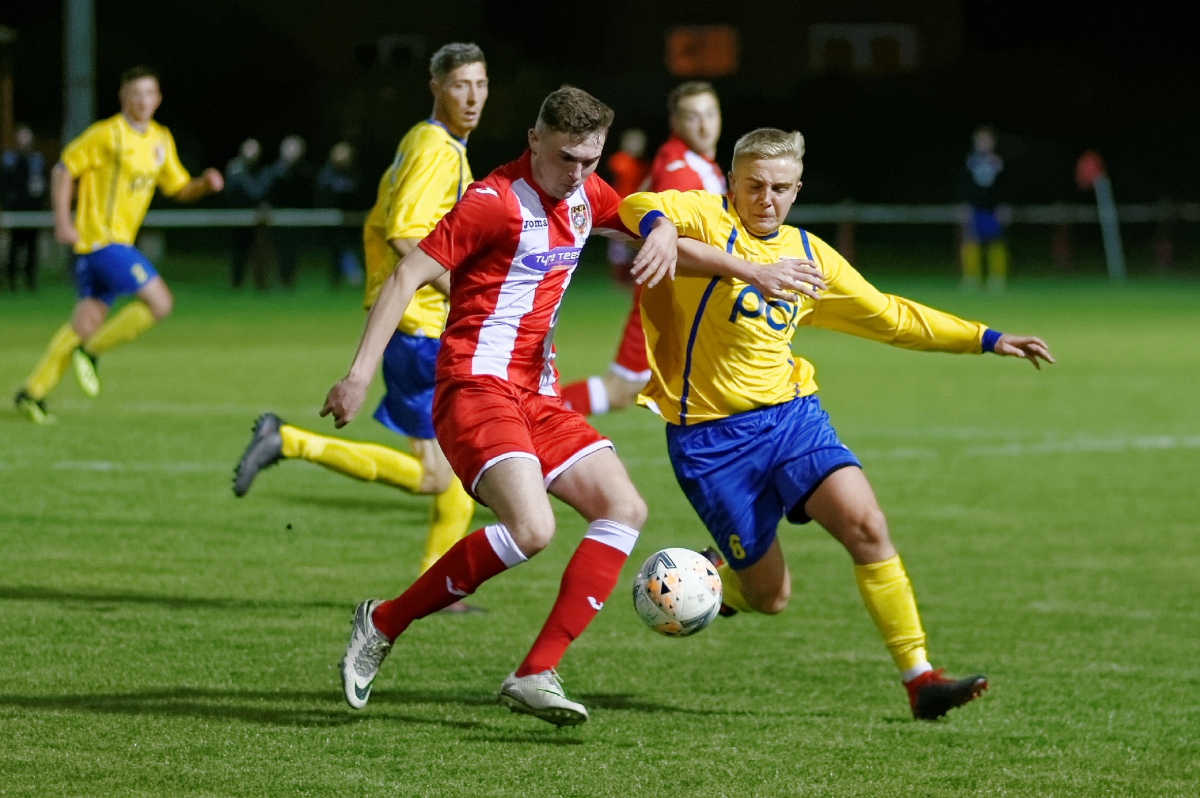 RCA got off to a strong start after being awarded a free-kick midway inside the RCW half after a foul on O'Neill in the opening minute. Elliott's free-kick bobbled around in the penalty area before O'Neill fired in a shot which was charged down and cleared. One minute later, though, and RCA had the early breakthrough - O'Neill, down the inside left channel, played the ball across to Moan on the edge of the penalty area, and Moan fired in a powerful shot which flew high into the net. It took just seven minutes for RCW to get back into the match as Weirs made a driving run down the left touchline before playing a super ball in behind Swansbury and into the path of Ellison, who controlled the ball and then lifted it over Tsapalos for a terrific finish into the top corner. In the 12th minute, a long ball was played up to Moan who held the ball up well before playing in O'Neill, whose shot from 25 yards was well struck but straight at Atkinson.

Midway through the first half and Cocks found space down the left and advanced down the wing before delivering a cross which was cleared for a corner. From the corner, the ball was headed towards goal and the referee adjudged Page to have handled on the line - Page was given a red card and Ellis confidently slotted away the penalty kick, leaving RCA to play the remaining 65 minutes a man and a goal down. Five minutes later, and RCA's task became a mountain to climb as RCW extended their lead - Ellis received the ball on the left before driving to the edge of the RCA penalty area and finished well past the advancing Tsapalos and into the far corner. In the 40th minute, RCA made a first substitution after Alex Ramshaw was forced to retire because of a heavy challenge and was replaced by Kyle Davis. In stoppage time, RCA won a corner which was delivered into the danger area by Elliott, where O'Neill fired in a shot on the turn which was blocked.

In the 53rd minute, RCA were awarded a free-kick midway inside the RCW half which McNab delivered and was headed out for a corner. From Elliott's corner, the ball was headed off the line. On the hour, Kyle Davis fired in a shot from 25 yards which was wide of the post. One minute later and RCA made a double substitution, with Sam Lilley and Dylan Elliott being replaced by James Armstrong and Craig Hodgson. Four minutes later and Moan flicked the ball onto O'Neill, whose shot from the right apex of the penalty area was saved comfortably by Atkinson.

With 15 minutes remaining, Nicholson made a driving run from his own half, through central midfield and into the RCA penalty area, but his shot was well blocked by McNab. Two minutes later and Bird cut in from the left and forced a good save out of Tsapalos. In the 80th minute, a ball was played up to Moan, who played in O'Neill but his shot was again comfortable for Atkinson.

A disappointing way to end a run of five league wins in a row - Ryhope CW played some good balls and made intelligent runs in behind the RCA defence in the first half and took their chances exceedingly well. RCA had plenty of possession in the second half, despite the numerical disadvantage, and attacked as often as possible, but, apart from a couple of shots which were easy for Atkinson in the Ryhope goal, it never really felt like there was going to be a storming comeback on the cards.

RCA drop to third on goal difference in what is an extremely tight top half of the table, with only three points separating the top eight!

Next up for RCA is the visit of Shildon to Meadow Park this Saturday, 29 September. Kick-off is at 3pm.